A new display at the Bodleian’s Weston Library shines a light on the correspondence engaged in by James Murray, the first Chief Editor of the Oxford English Dictionary.

Co-curated by Tutorial Fellow in English, Professor Charlotte Brewer, ‘The Oxford English Dictionary and the Public’ gives a snapshot of the wealth of material in the Bodleian archives. As Chief Editor of the OED, Murray (1837-1915) sent and received huge quantities of letters — so many in fact that the Post Office installed a post box outside his house on Banbury Road in 1885.

Included in the Weston Library display are letters by George Eliot (on adust), Thomas Hardy (on West Country words), Tennyson (balm-cricket), R. L. Stevenson (brean), William Gladstone (dogmatization) and others, all responding to queries from Murray as to what they meant when they used a particular word and how that should be explained in the new dictionary. The display also includes correspondence Murray received following a public appeal in 1891 on how the word content(s) should be pronounced — the 400-odd responses included postcards from academics, men and women of letters, and ‘ordinary’ people, not least the young Gertrude Bell (later to become famous as an explorer, diplomat and archaeologist).

The exhibition reveals just some of the material feeding into the pilot edition of Murray’s correspondence, The Murray Scriptorium, which is being edited by Professor Charlotte Brewer and Dr Stephen Turton (Gonville and Caius College, Cambridge). The project is funded by the British Academy and Leverhulme Trust and will go live later this year. More details are available at http://murrayscriptorium.org.

The Weston Library display is free to visit in Blackwell Hall and is on show until 3 July 2022. 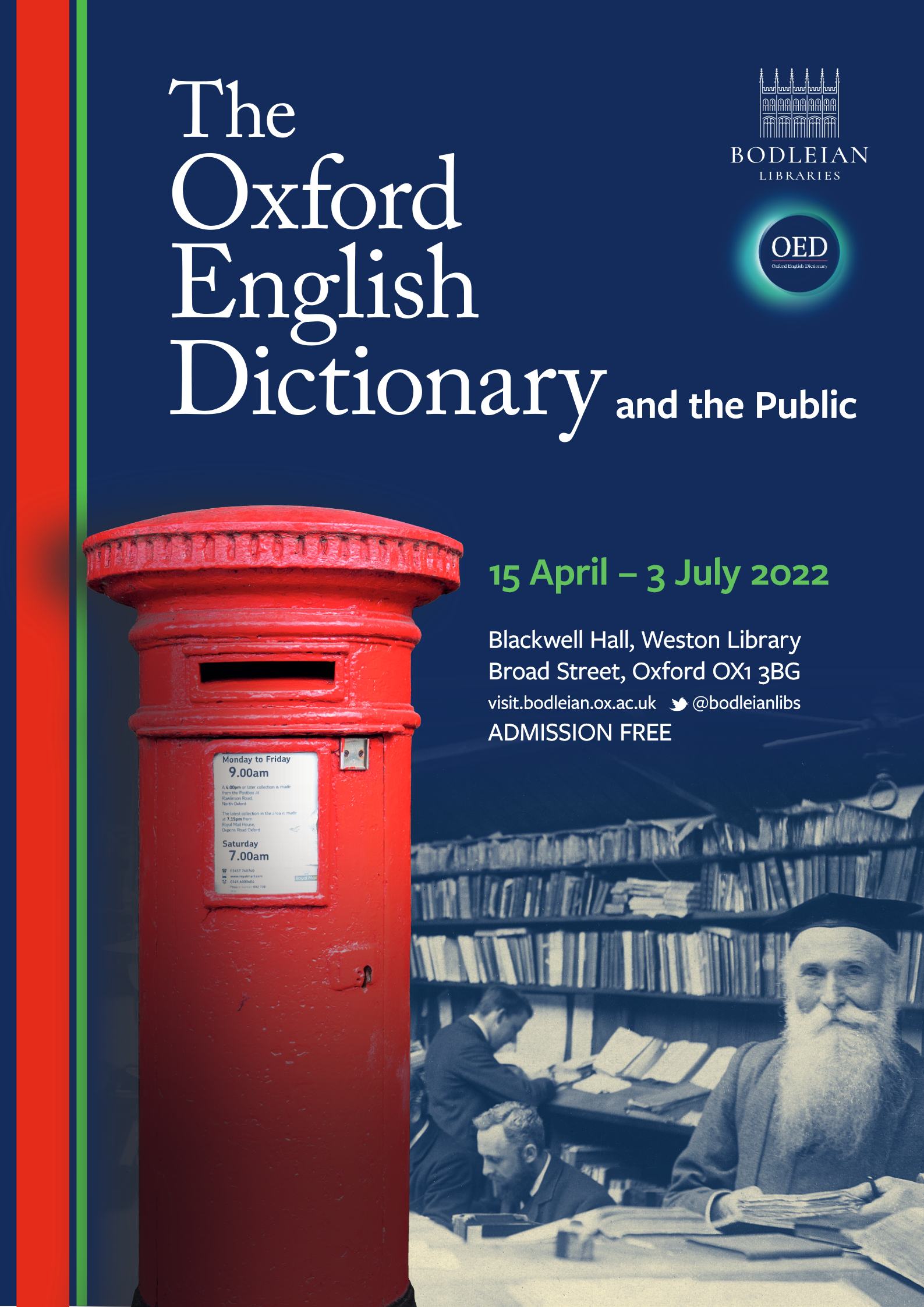