Astrophysicist and tutor in Physics, Professor Patrick Roche, shares news of an icy visitor visible in the northern sky this month.

We have a rare opportunity to watch a comet visible with the naked eye this month. Comet NEOWISE made its closest approach to the sun a week ago and is now travelling back out to the cold outer reaches of the solar system on its 6,800 year orbit. Over the next couple of weeks, it will move closer to the Earth as it journeys away from the sun and will then keep moving outwards, cooling and fading as it does so. In this period its visibility will improve and it may continue to brighten – a comet’s brightness is notoriously difficult to predict.

At the moment, the comet is best viewed between about 11pm and midnight as the darkening twilight reveals the nucleus and tail against the afterglow of the setting sun. It is visible low above the northern horizon and is approximately due north at midnight. I could clearly see the comet from an upstairs window of my house in Headington, despite it being almost directly above a streetlight, and have included a photograph taken with a Fuji bridge camera here. 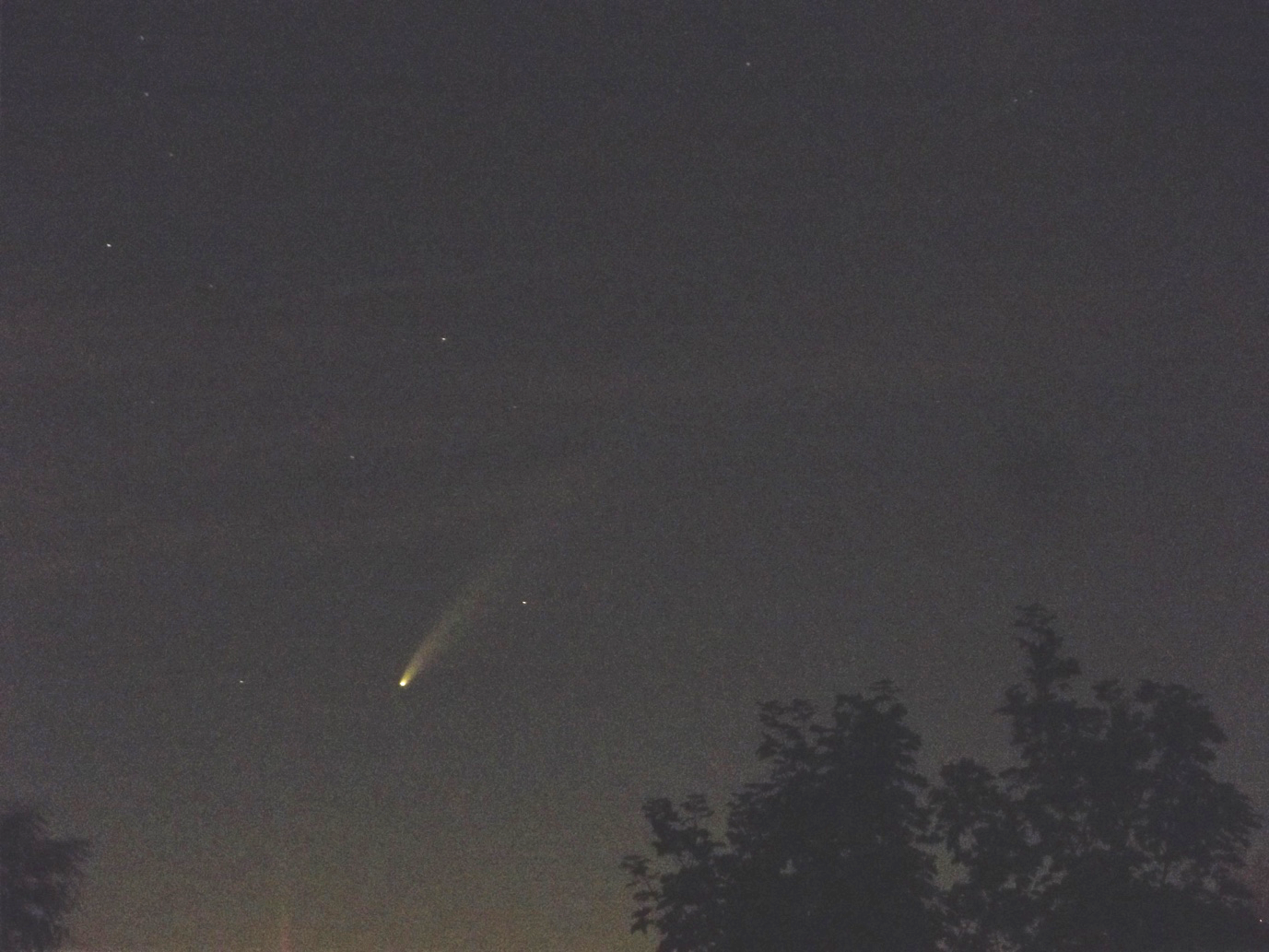 Comet NEOWISE photographed with an 8 second exposure at f/5.5 at midnight on July 10 from an upstairs window in Headington, looking directly north towards the horizon. A few stars from the unremarkable constellation Lynx are also faintly visible.

The comet has a nucleus about 5km across, consisting of dust and icy materials. When the comet is close to the sun, it heats up and dust and gas streams away producing the characteristic tail pointing upwards and away from the sun’s position below the horizon. Comet NEOWISE is named after the repurposed Wide-field Infrared Explorer satellite that is now being used to search for Near Earth Objects, and discovered the comet in late March.

I have been fortunate to see and observe several spectacular comets often during observing trips to telescopes on remote mountaintops. The most memorable are:

It is more than 20 years since we have had the opportunity to see a bright comet from the UK, so make the most of the warm summer evenings, find a spot with a clear view to the north and look out for this transient visitor to the inner solar system.