Our recent refurbishments to Holywell Quad and the Porters’ Lodge have been commended in the annual Oxford Preservation Trust Awards. 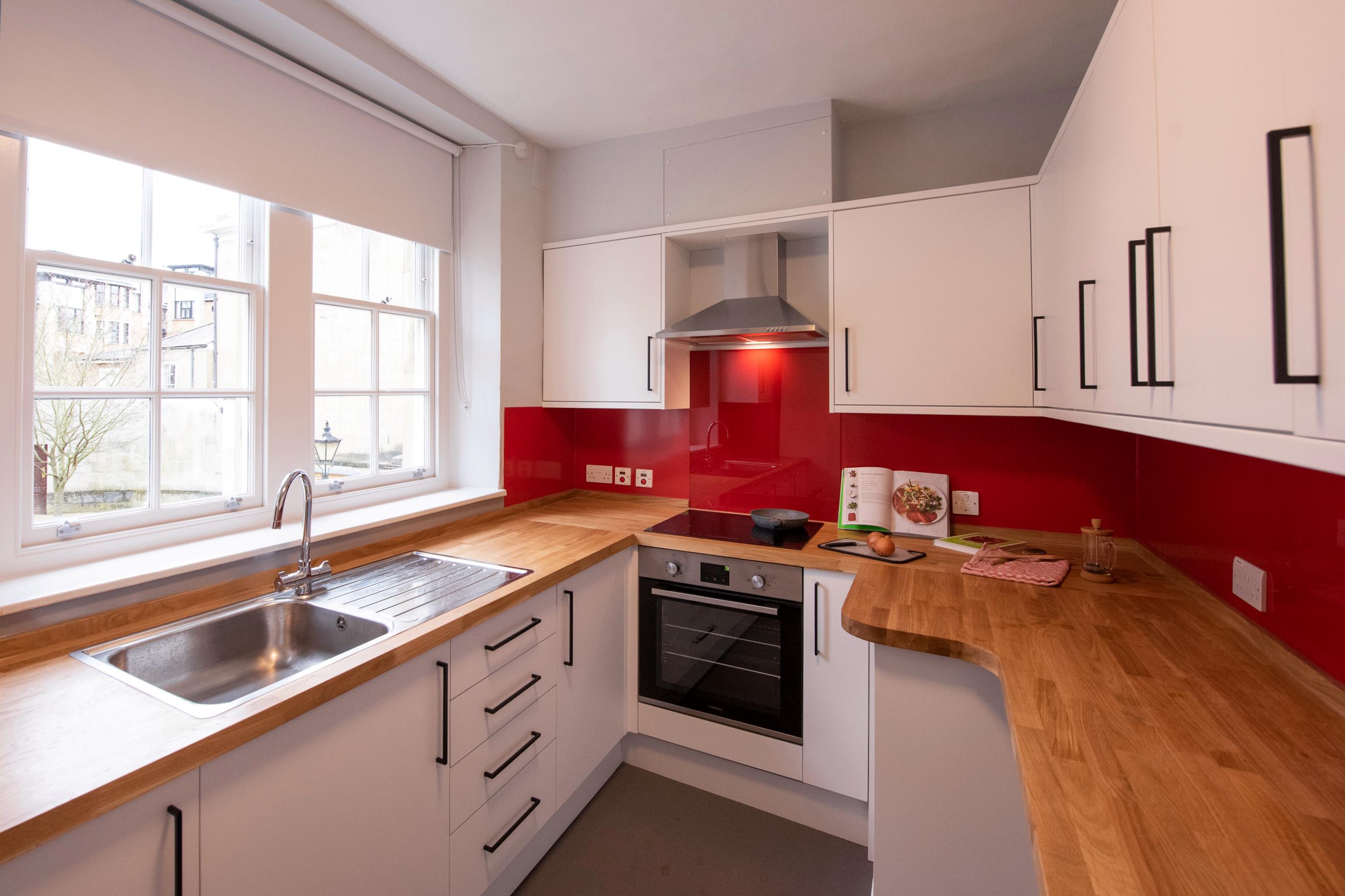 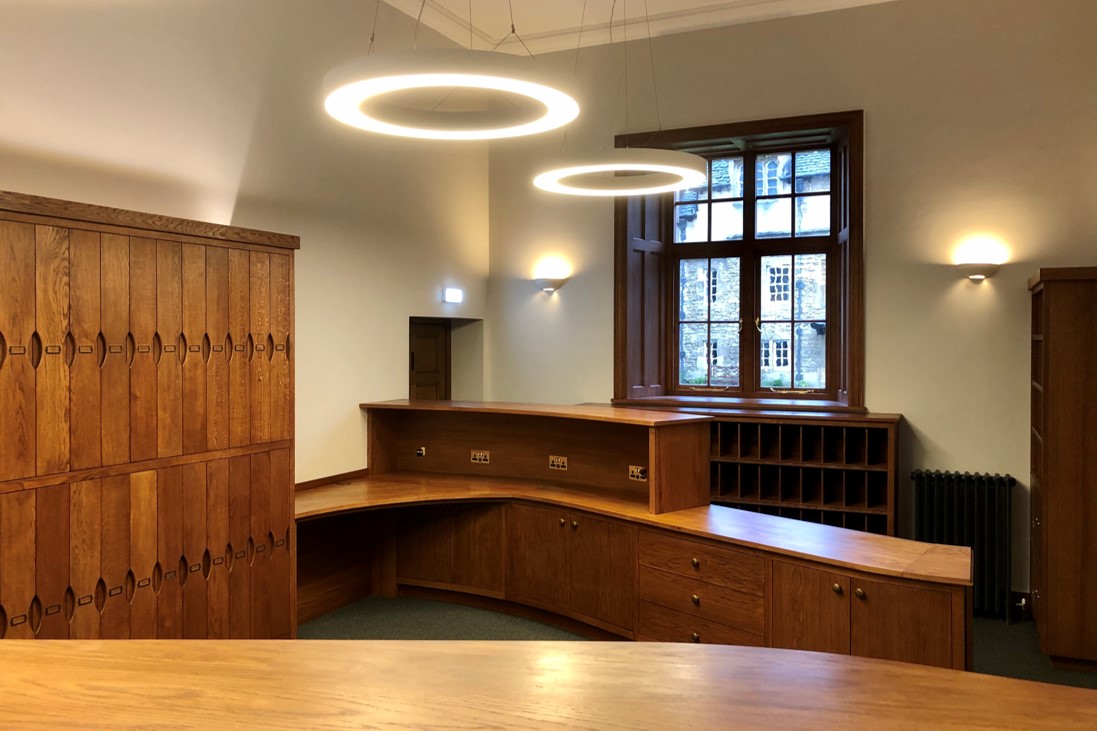 Bespoke joinery in the Porters’ Lodge

The OPT Awards received a record 60 submissions this year meaning we were up against some stiff competition. Nevertheless, the judges were impressed on their visit to the college and recognised both of our projects with letters of commendation for their sensitive approach to listed buildings.

Judged in the building conservation category, the refurbishment of Holywell staircases 2 and 3 was a complex job which has resulted in much improved first-year accommodation. The vertiginously sloping floors may be a distant memory, but elsewhere the character of these 17th century buildings has been preserved and enhanced through the sensitive scheme designed by Jessop & Cook Architects and carried out by Richard Ward Ltd. These rooms have been fully redecorated and made structurally sound and we’ve even found space for much-needed extra kitchens.

Meanwhile, the redeveloped Porters’ Lodge was commended in the small projects category and represents a vast improvement on the previous cramped design. Here, the work to remove the 1990s mezzanine and create a modern space was carried out by Benfield & Loxley, a local firm who have worked on building projects at Hertford since the 19th century. This project was masterminded by Dr Andrew Beaumont, former Domestic Bursar and Estates Project Manager. The bespoke desks and cabinetry were made in solid oak and oak veneer by the talented craftspeople at Barr Joinery, a local company based in Thame.

These projects formed the starting point of our new estates strategy and, in turn, the start of our vision for Hertford 2030.