Following a comprehensive six-month renovation, our brand-new Porters’ Lodge was officially opened this week, revealing an historic space which has been completely transformed.

College Principal Will Hutton cut the ceremonial ribbon at an opening ceremony attended by students, staff and fellows, who were then invited to step over the threshold (marked with fetching new stag-themed doormats) to explore. First impressions were very positive, with the Lodge almost unrecognisable in comparison to its previous iteration which featured a large mezzanine floor, added in the 1990s. At the foot of this article you’ll find a large gallery of before and after images.

The current project has seen a whole host of unsympathetic 20th century additions swept away to create a large and welcoming modern space, while respecting the heritage of the Grade II* listed building. Designed by prolific Oxford architect T. G. Jackson (who was also responsible for our famous bridge), the block including the Lodge, Hall and spiral staircase was built in 1887-9.

As well as the removal of the mezzanine floor, the works also opened up access from the Lodge into the old Buttery (most recently used as a storeroom) to create a brand-new Lodge Manager’s office. An historic doorway – blocked during the 1990s renovation – was also reopened, creating two external entrances into the Lodge for the first time. This front entrance will serve visitors and guests and features a bespoke heated bench, while the existing doorway has been retained for students and staff. New custom-built desks in the centre of the room mean that the porters can handle enquires from both sides. The project also saw the conversion of a meeting room into a new student post room, new windows, lighting and toilet facilities, and the creation of a link door through to the offices in the OB 1 staircase.

The renovation was designed and project-managed by Dr Andrew Beaumont, Estates Project Manager and former Home Bursar. His concepts for twin reception desks and sliding key cupboards were realised in solid oak and oak veneer by the talented craftspeople at Barr Joinery, a local company based in Thame. The main project contractor on the refurbishment was Benfield & Loxley Ltd, an Oxford firm with whom the college has been working since the 19th century.

See below for plenty of pictures (including the anti-climactic locked safe that was hiding no treasure maps or gold bars) and make sure you pop in to say hello if you’re passing! 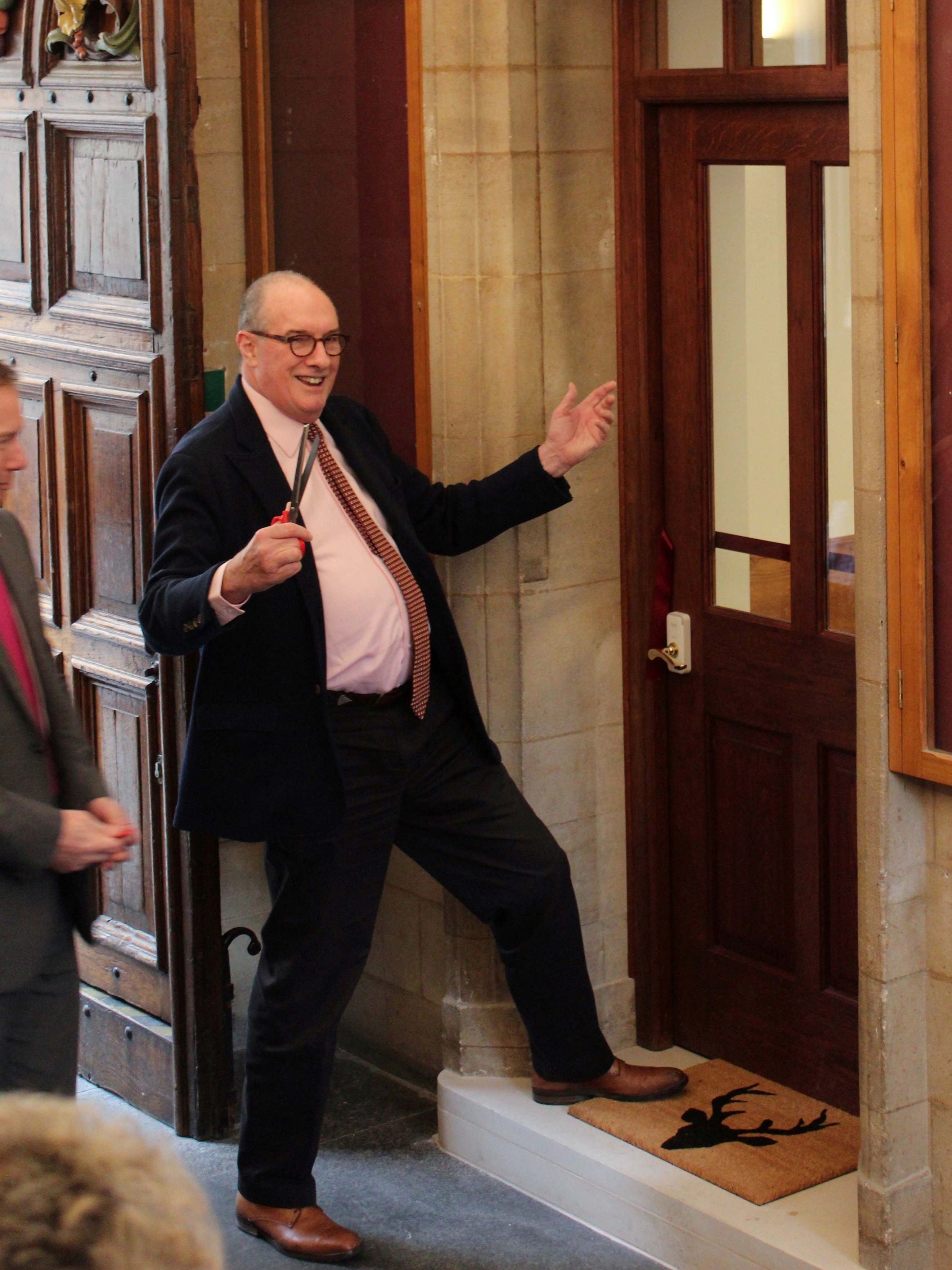 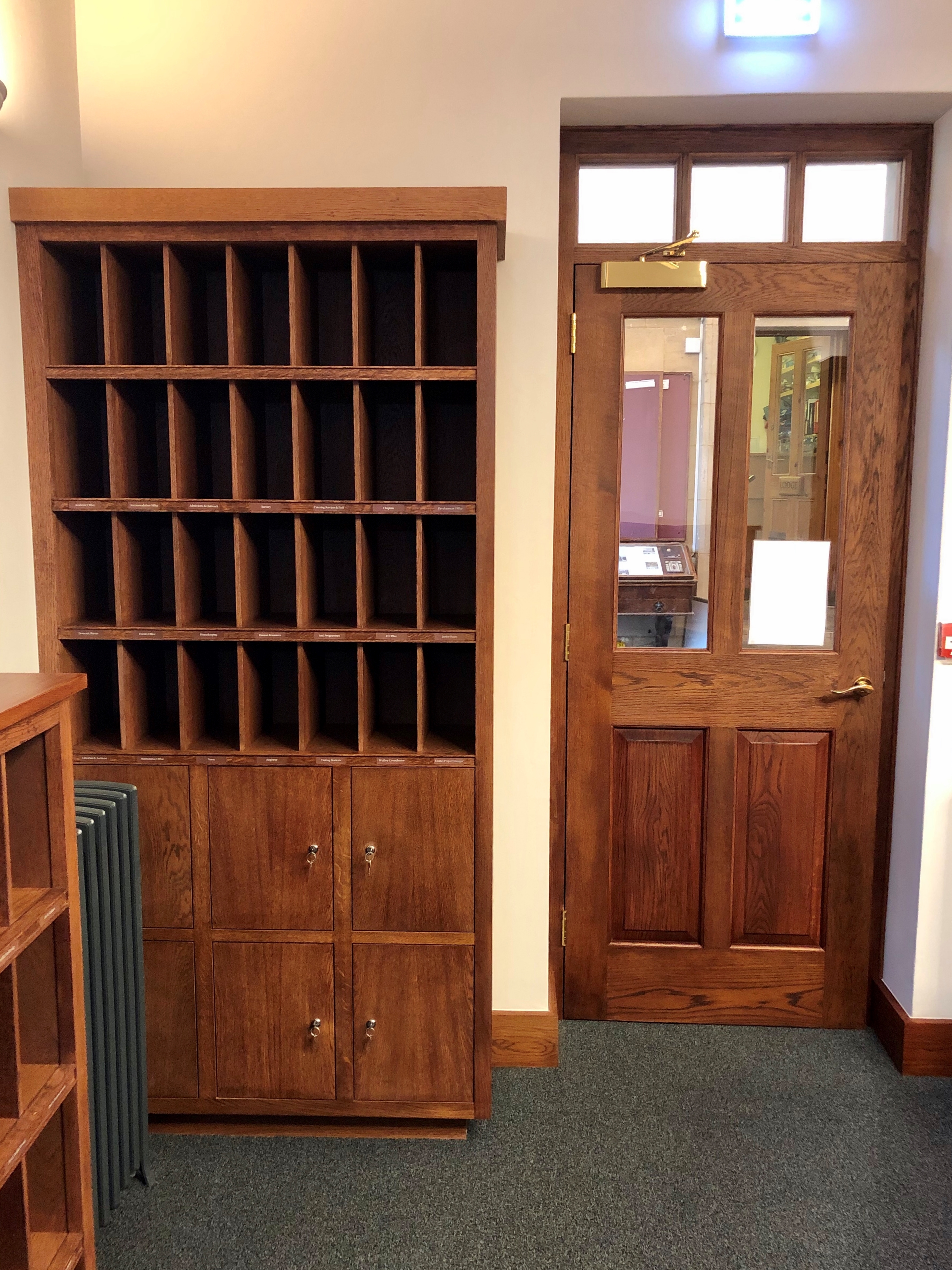 Before & after – new visitors’ reception

Before & after – new staff/student reception 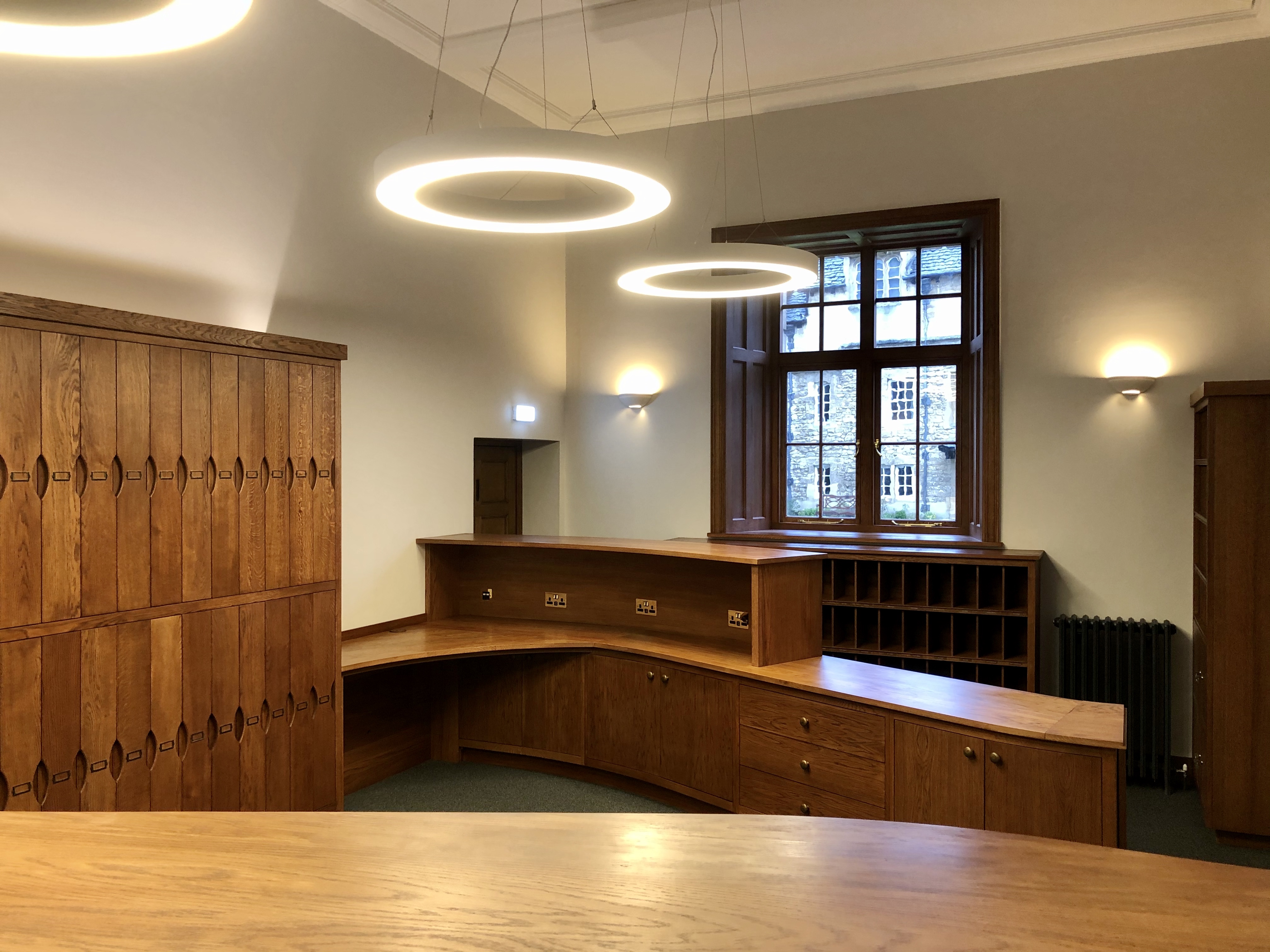 Bespoke joinery in the Porters’ Lodge 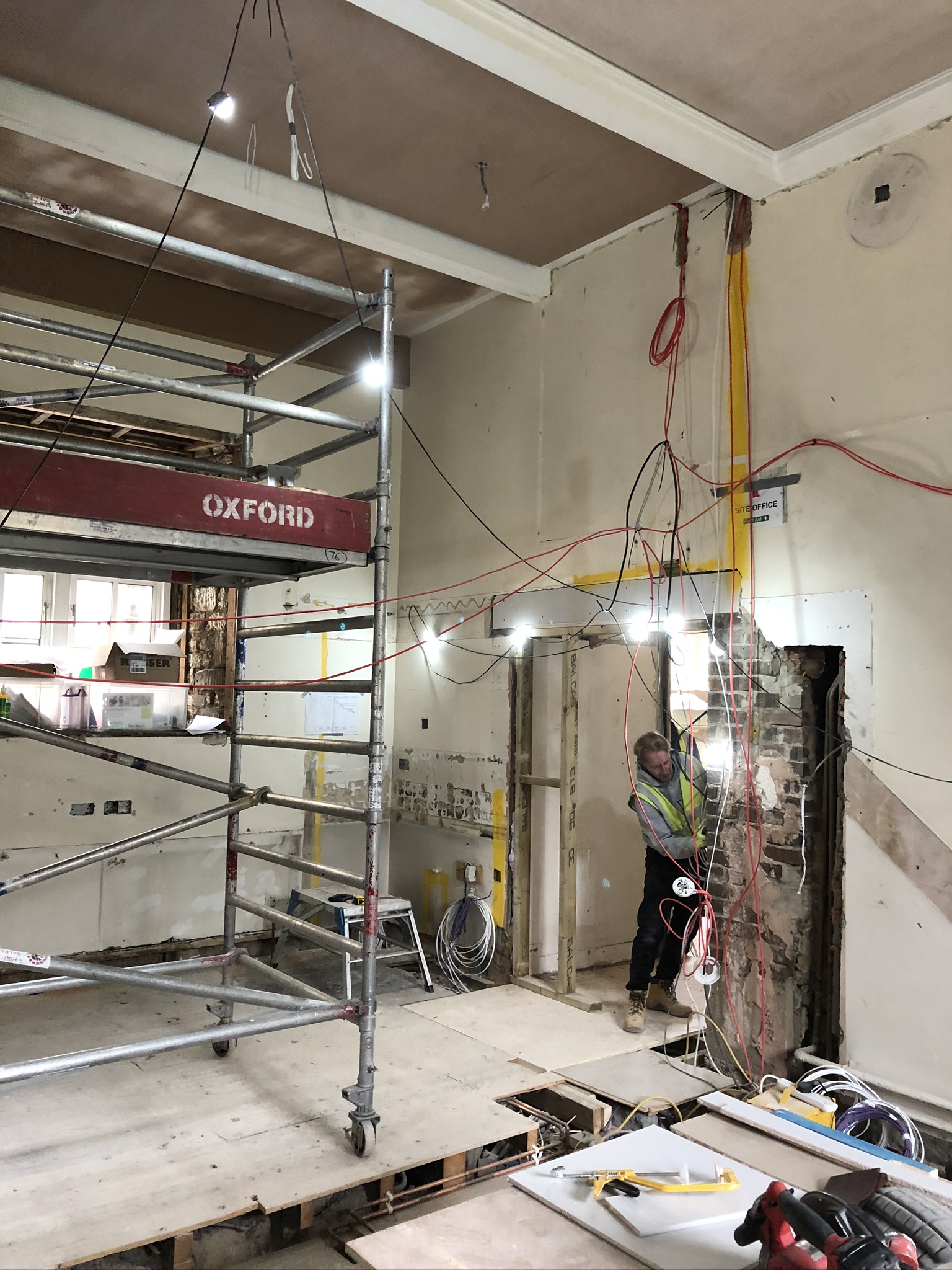 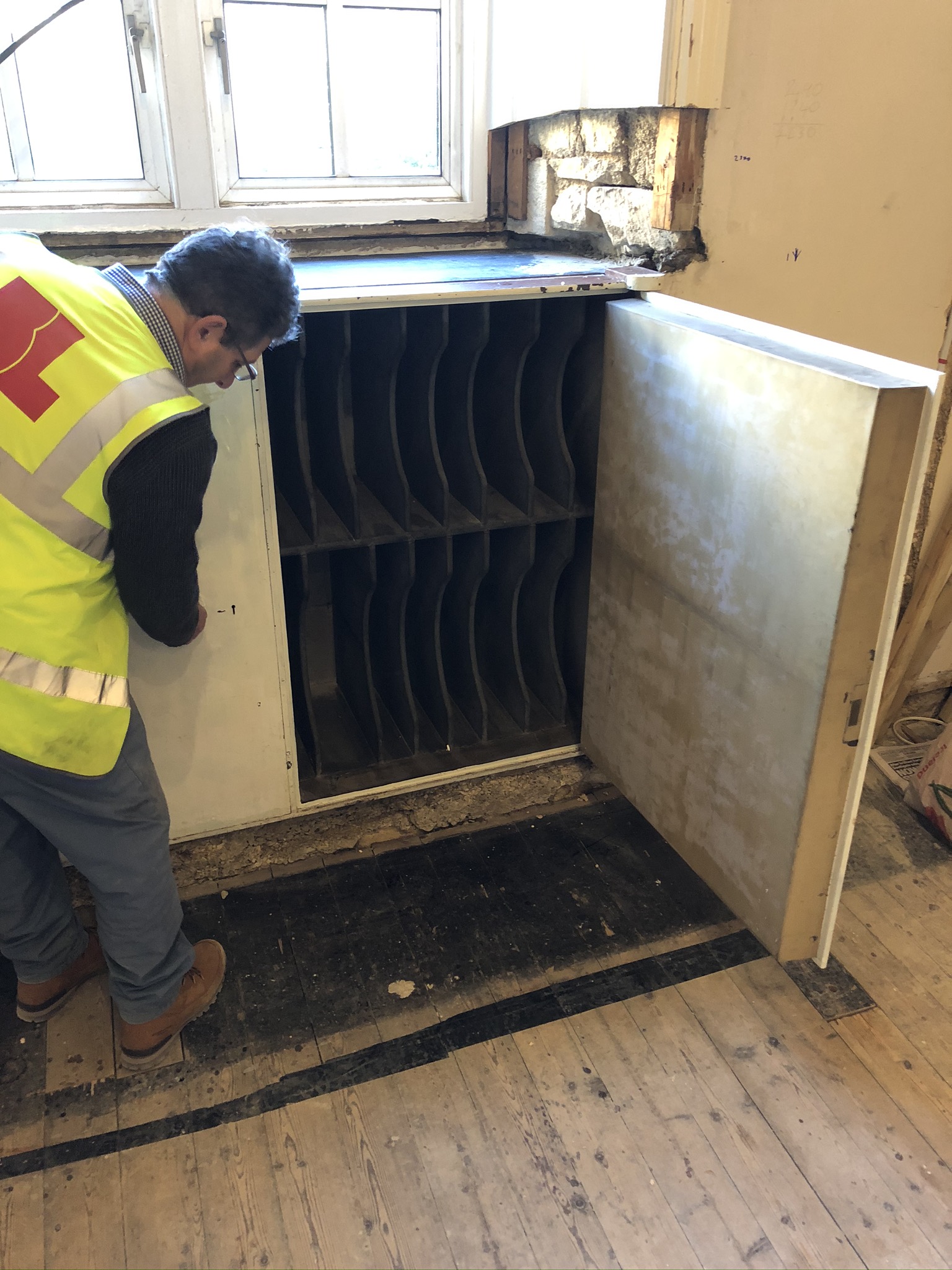 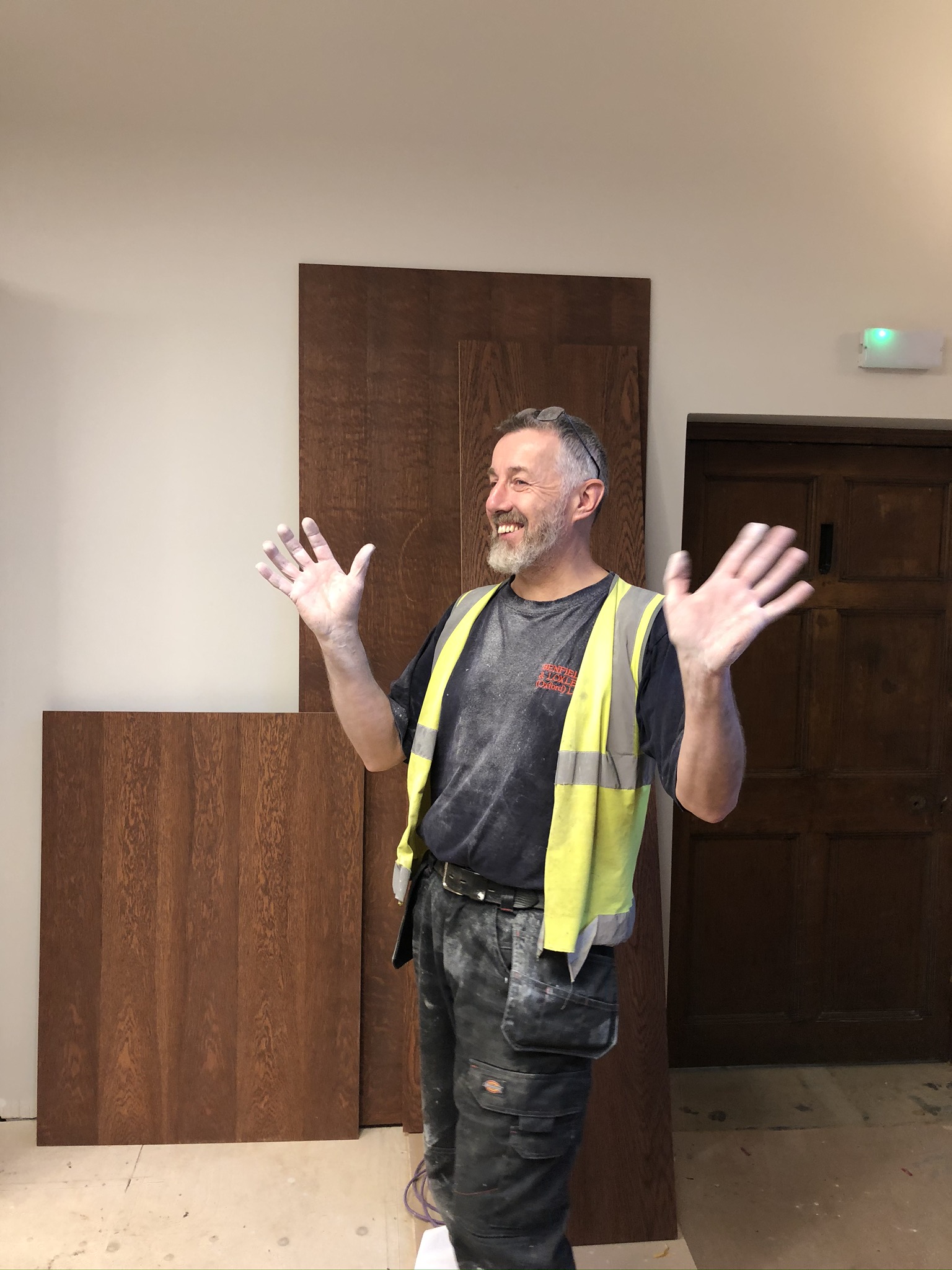 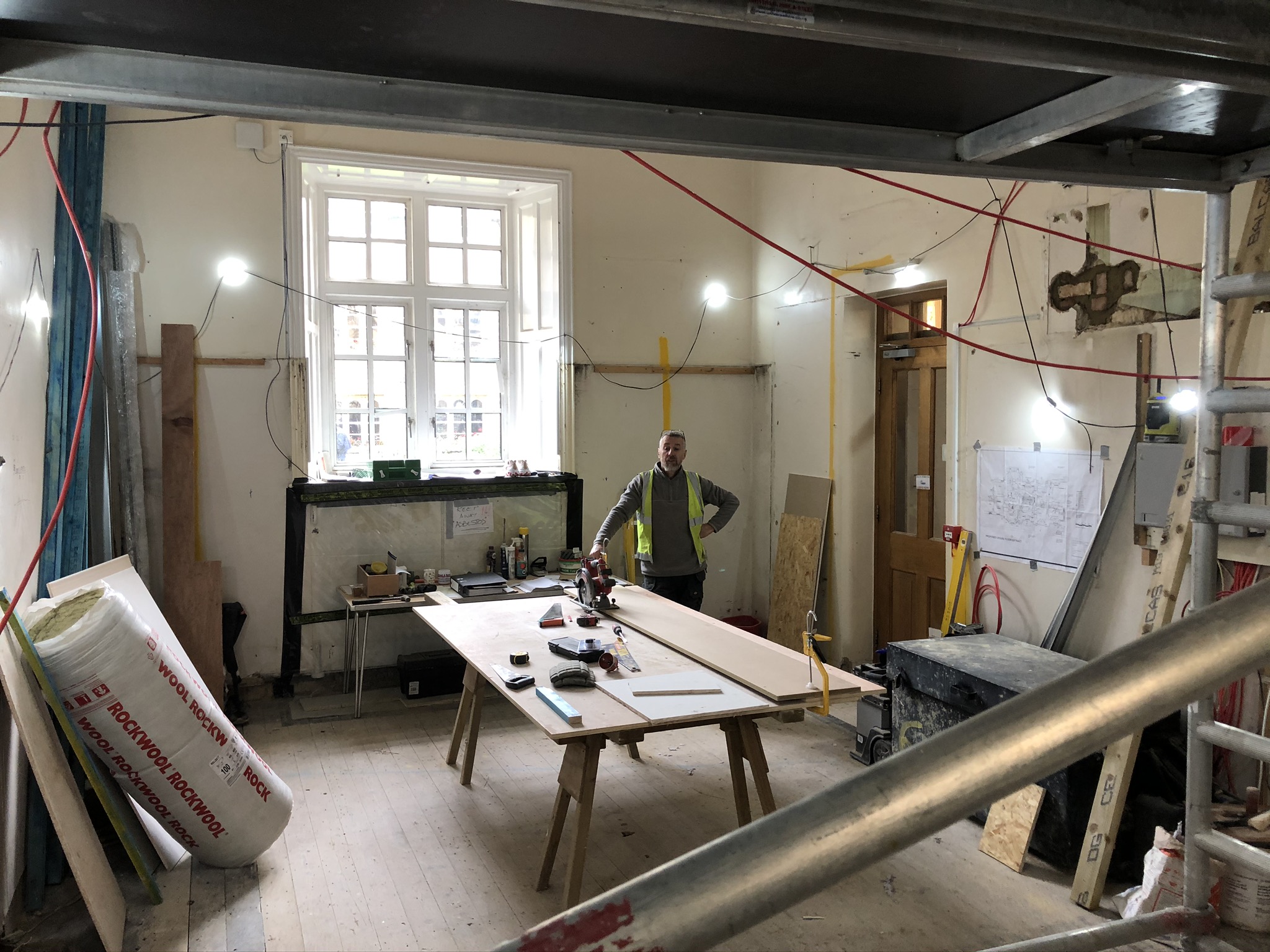 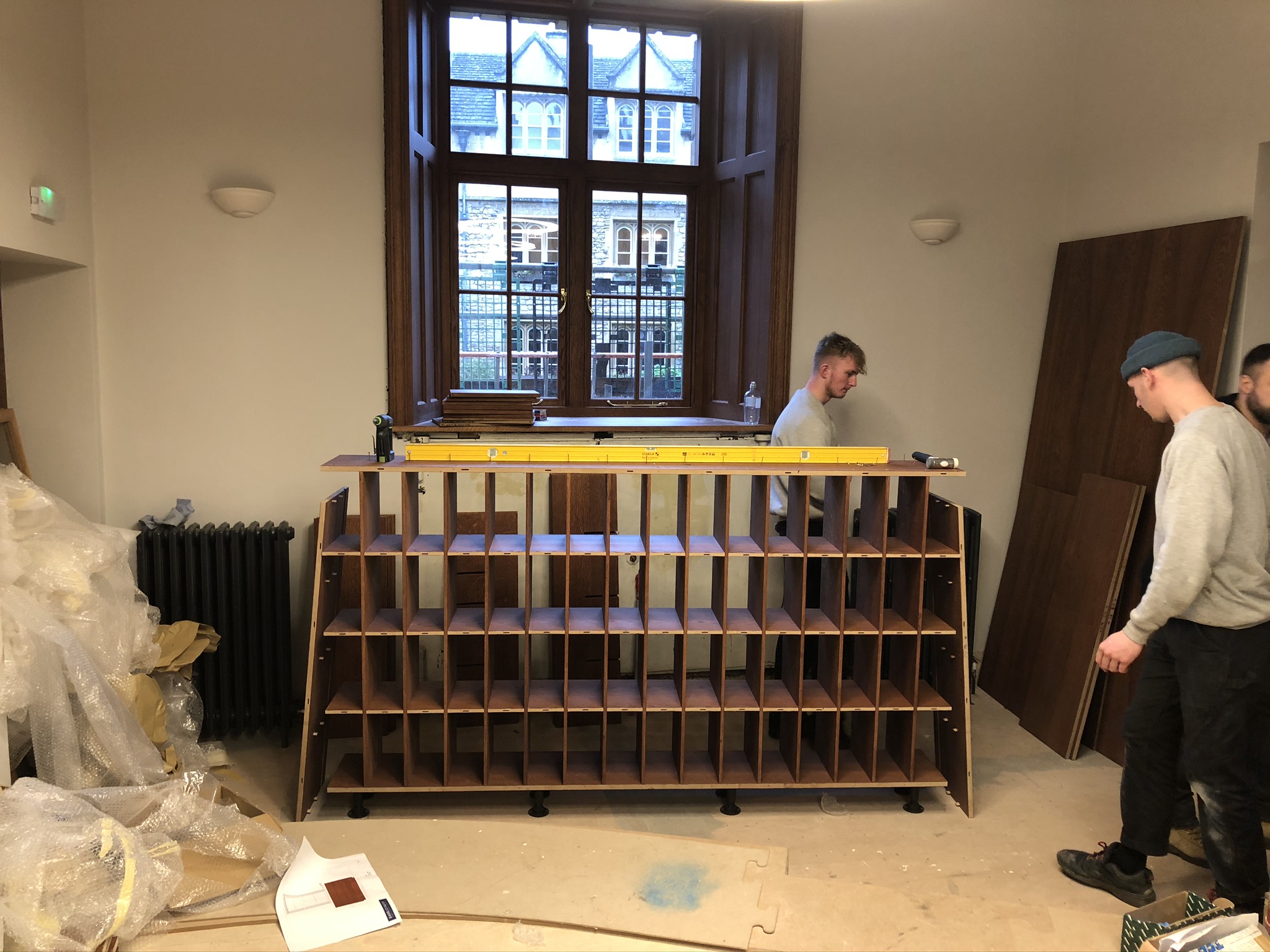 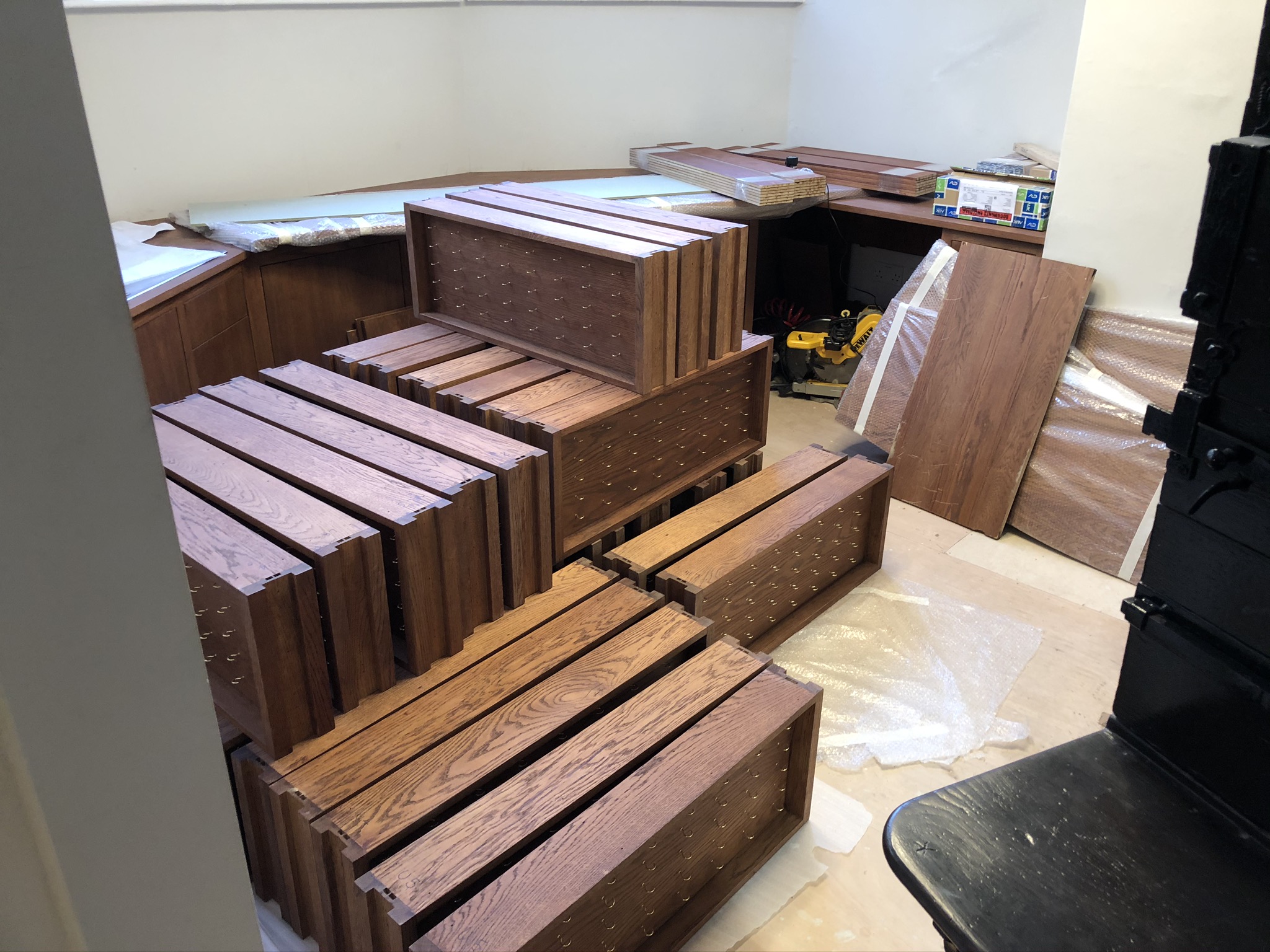 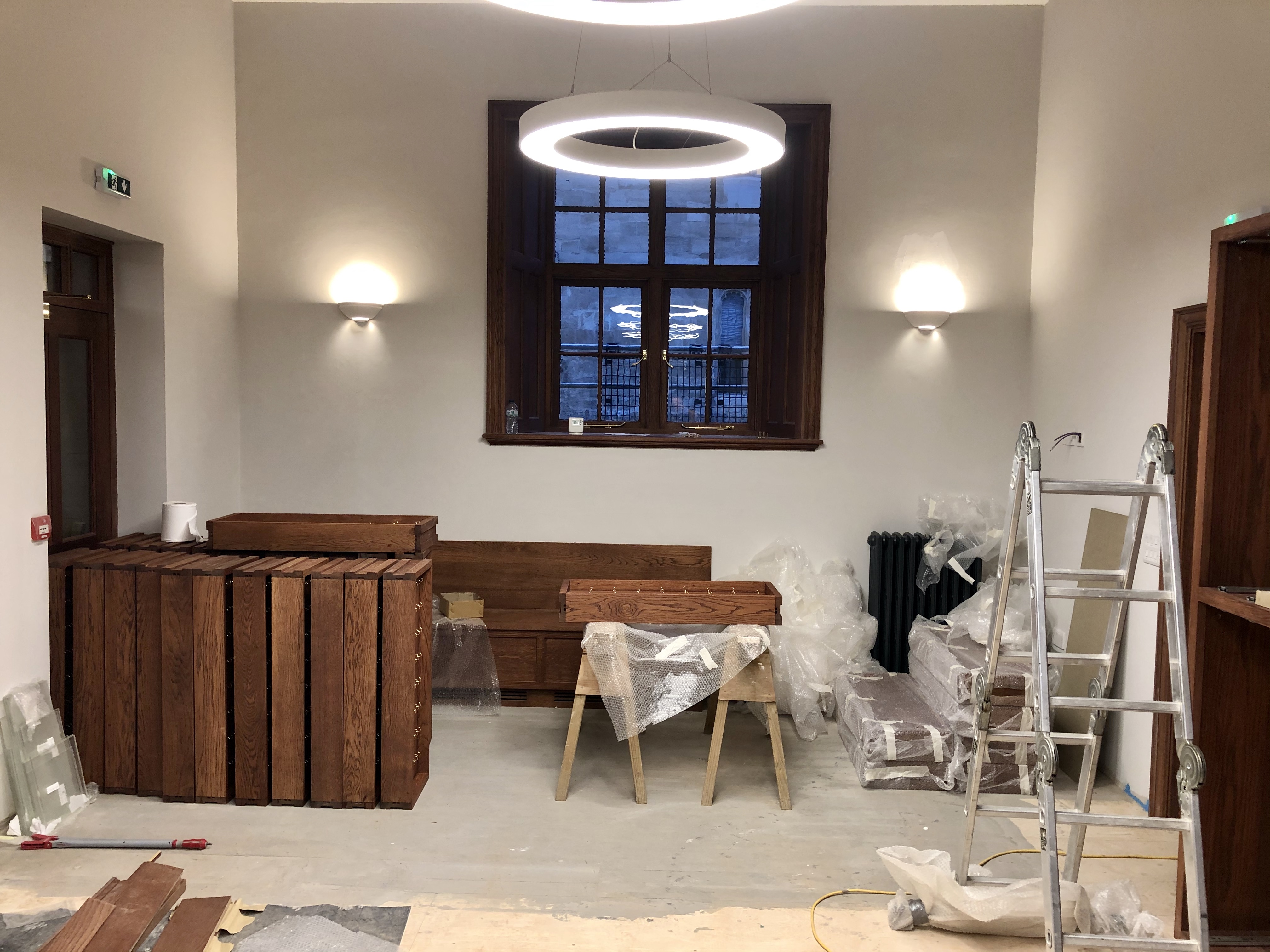 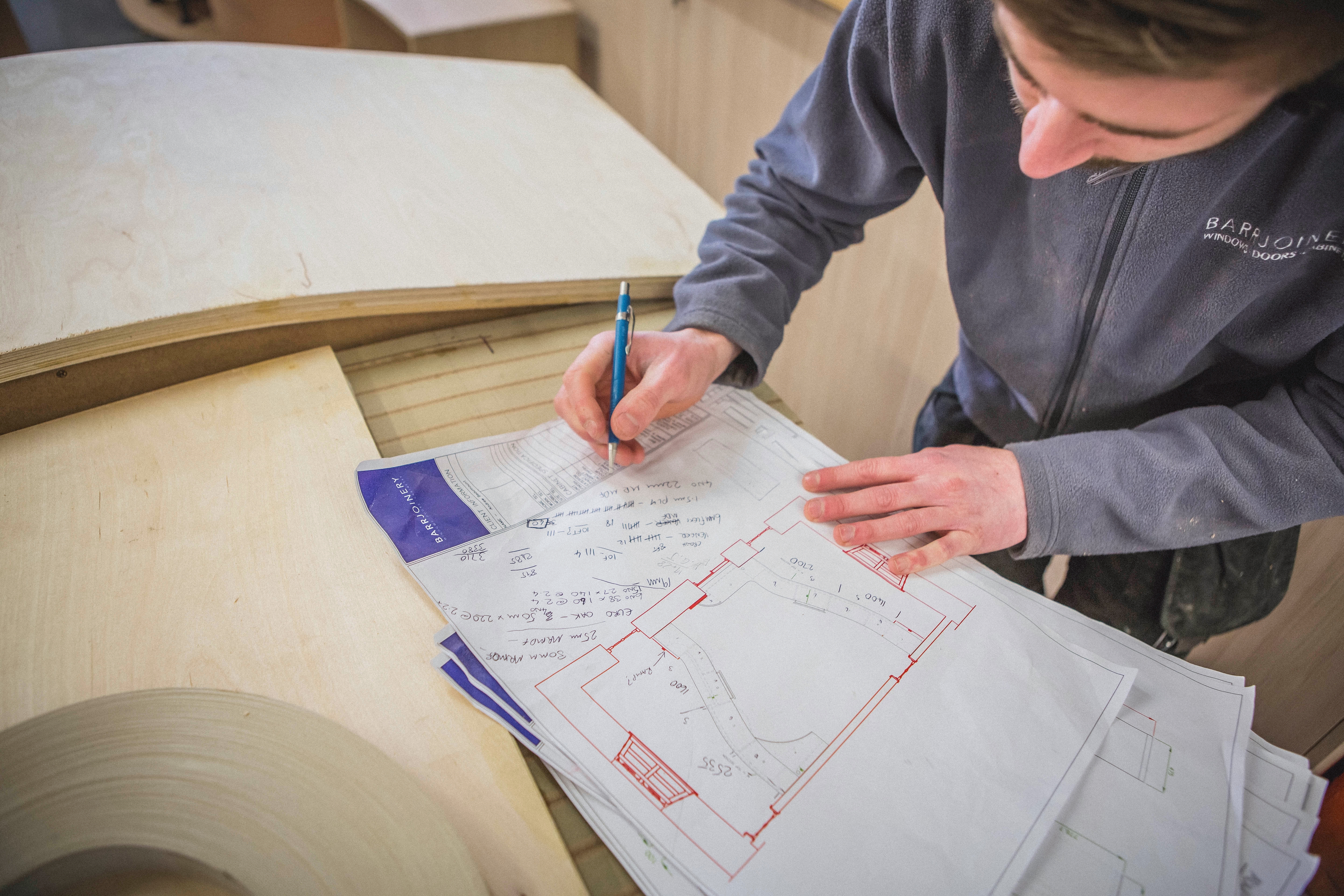