Hertford alumni take the college to its first ever University Challenge final. 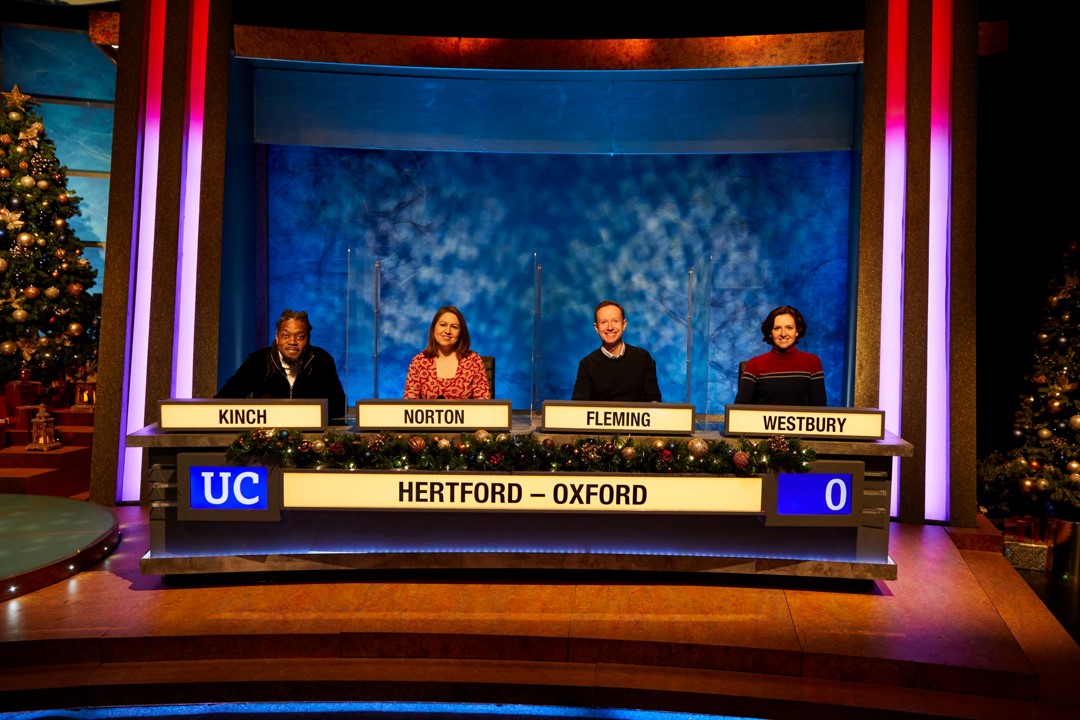 Over the past few weeks, we’ve been entertained and inspired by the four alumni competing for Team Hertford in the latest series of Christmas University Challenge. Following the successful run of our undergraduate team during Michaelmas Term, who reached the second round of the competition, the alumni team took Hertford to our first final since the programme started in 1962.

Tackling questions from musical settings of Psalm 23 to cocktails, the Hertford team was made up of the following alumni competitors:

Catch up on their episodes via BBC iPlayer: