Rafee excelled on the day and was awarded a Distinction in a very strong field of candidates. He represented Oxford alongside Kacper Kurzyp (Jesus College) and Oliver Bredemeyer (St John’s College), who was a runner-up in the competition.

Established in 2013, the NUNC is an annual competition open to all medical students in the UK and Ireland and attracts over 150 student entries each year. The competition involves a hands-on neuroanatomy spotter exam and a multiple-choice paper, alongside a programme of talks on neuroscience.

Director of Pre-clinical Studies for Oxford Medicine, Prof. Zoltan Molnar, said, “I was very impressed by the dedication and diligence of these three students during the preparatory sessions and hope that this will inspire more students to attend this fantastic event at the University of Southampton in future years.” 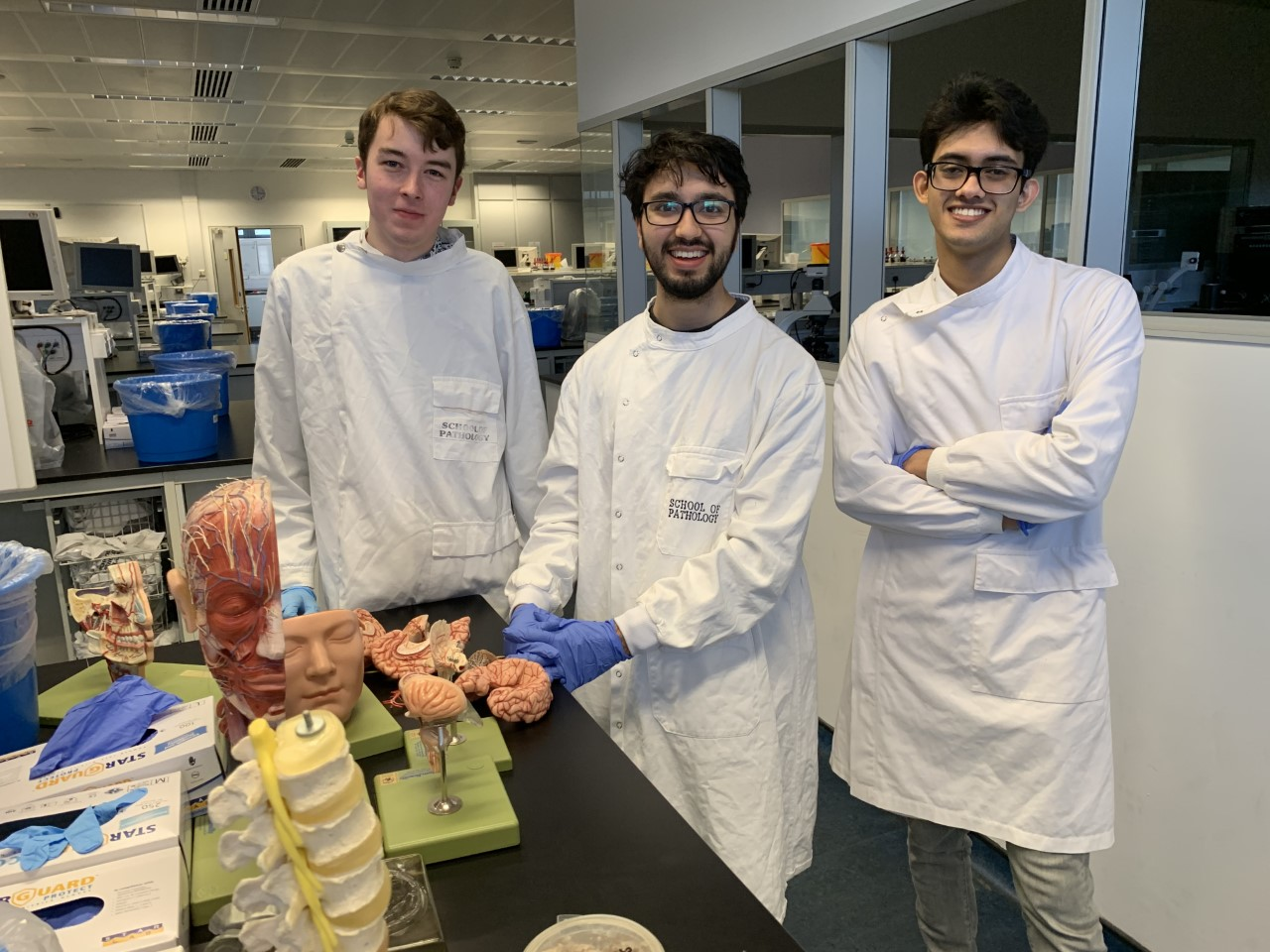 Rafee (right) alongside his co-entrants Kacper and Oliver at a preparatory session in the Medical Sciences Teaching Centre.