The experience of attempting to leave the EU has exposed fault-lines and weaknesses in key British institutions – the operation of constitutional law, the role of the media and the hoped-for independence and impartiality of the Civil Service.

This November, we’re pleased to introduce three Hertford Lectures organised by Principal Will Hutton: Britain’s Constitutional Crisis. The lectures will address recent developments in Britain’s attempt to leave the European Union which have exposed vulnerabilities in our national institutions. Many of these events have had Hertford College alumni at their centre. We’ll be discussing the issues raised with Lord Pannick QC and Deok Joo Rhee QC, Sir Olly Robbins, and Alan Rusbridger together with Carole Cadwalladr – all but Alan Hertford alumni.

David Pannick and Deok Joo took centre stage in the recent Supreme Court hearing on the prorogation of parliament; Olly is Hertford’s first Heywood Fellow and previously the Prime Minister’s Europe Advisor; Alan is the Principal of Oxford’s Lady Margaret Hall and the former editor of The Guardian, and Carole is an award-winning investigative journalist.

Whatever happens next Britain needs to think hard about whether its institutions are fit for purpose. These lectures will help launch a much needed debate.

Sign up for your free tickets on our Events page. 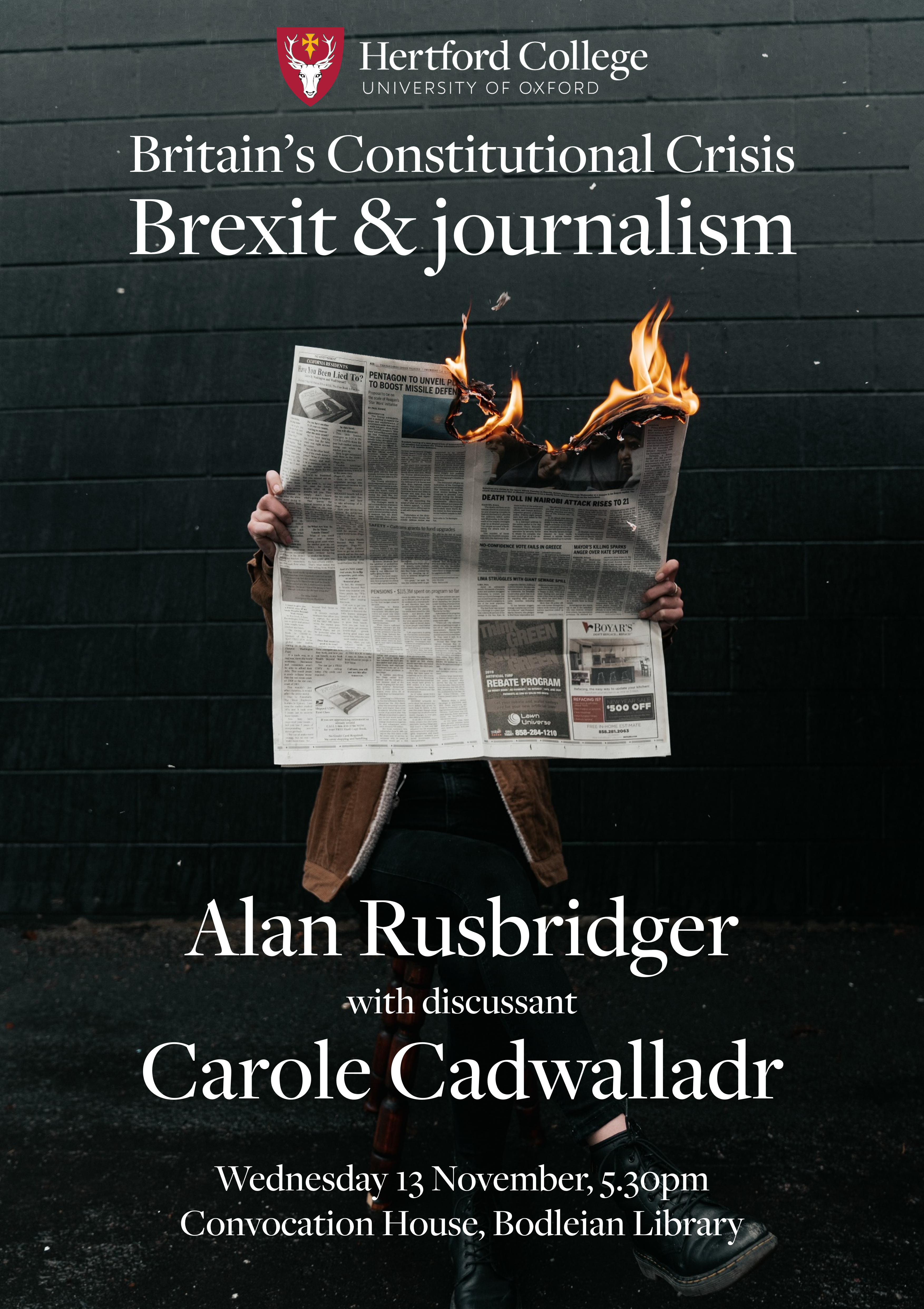 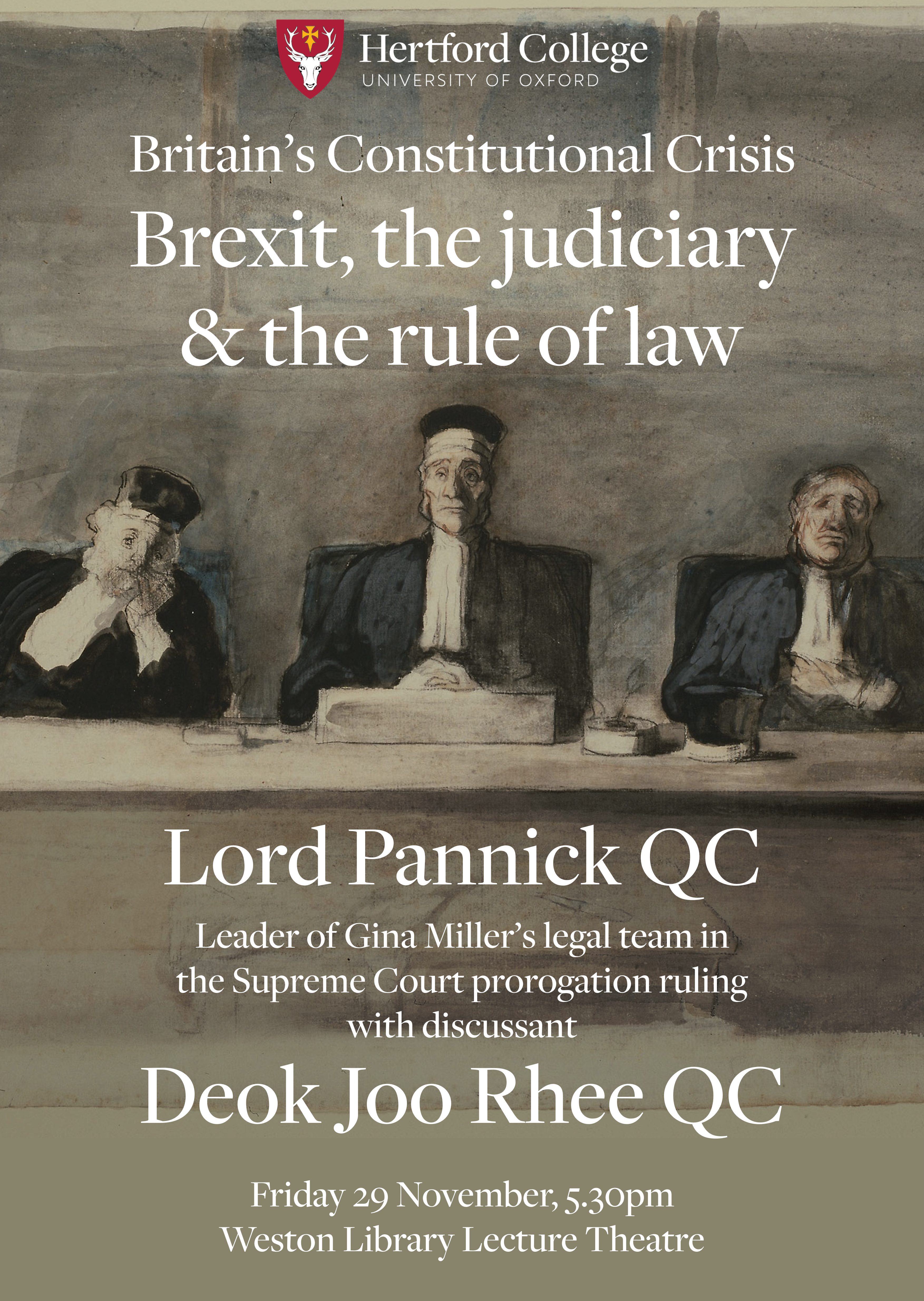