This stained glass window was installed in 1994 to commemorate the quincentenary of the birth of William Tyndale (1494–1536). 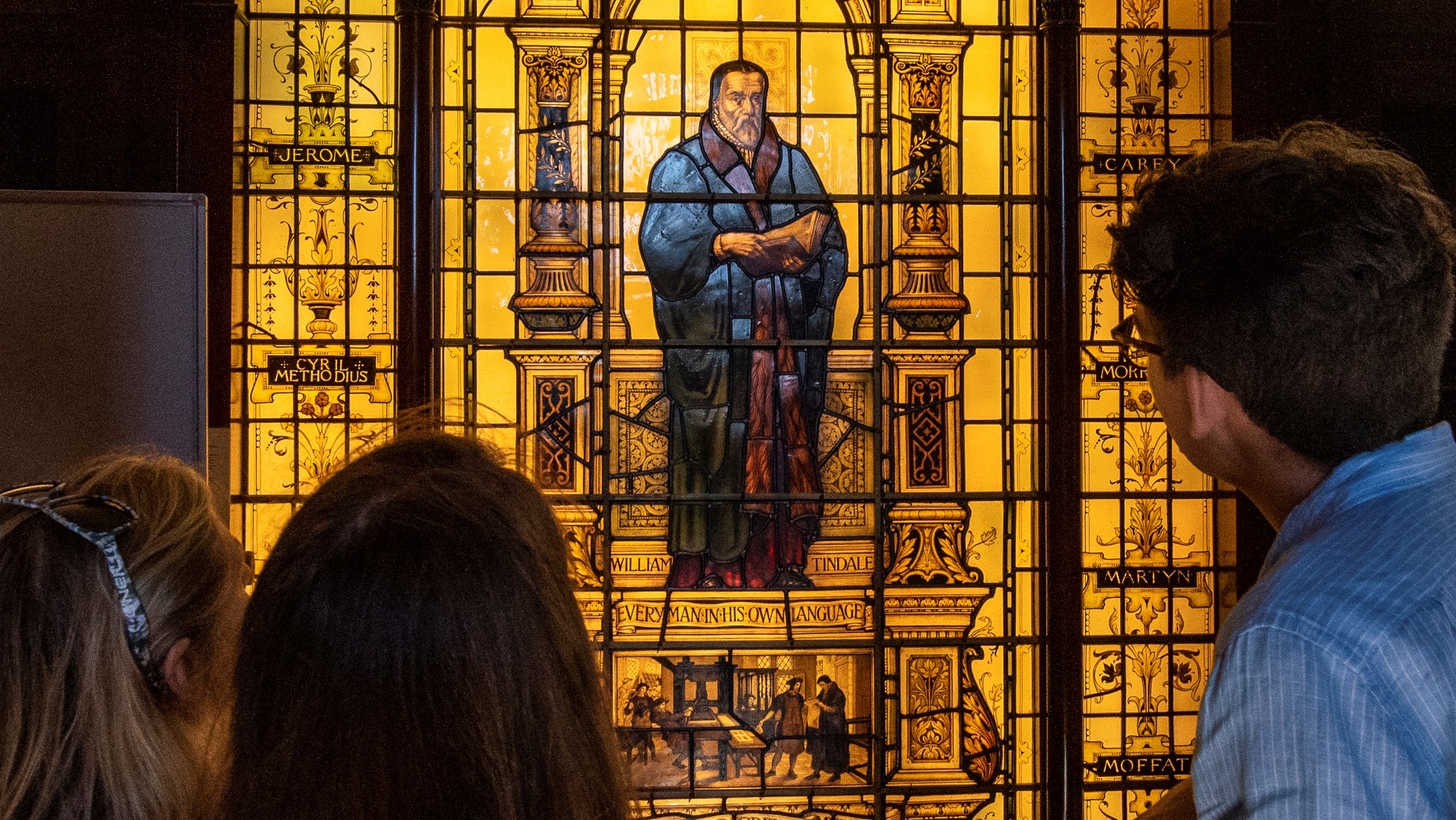 Who was William Tyndale?

Tyndale was a student at Magdalen Hall, which became Hertford College in 1874. He was the first to translate the Bible from Greek and Hebrew into English, and was martyred for it in 1536. Ninety per cent of the New Testament in the 1611 Authorized Version of King James was pure Tyndale, as was much of the Old Testament. Tyndale’s influence upon the English language has probably been as profound as that of Shakespeare.

Why is the window at Hertford?

The window was made in 1911 by the glazier James Powell at the Whitefriars Glassworks in the City of London to commemorate the centenary of the British and Foreign Bible Society. When the Bible Society moved out of London in 1985 they gave the window to the college. Its restoration and installation in the Chapel by the glazier David Worsley and the architect Robert Adam were made possible by a bequest from The Hon. Roland Michener (late Honorary Fellow) and by donations from the Drapers’ Company, the Hertford Society, and many old members of the College. It was dedicated by the then Bishop of Oxford, the Rt Revd Richard Harries, on 24 April 1994.

What does the window depict?

The portrait of Tyndale himself is based on the oil painting in the Hall. The vignette at the bottom showing him examining page proofs is based on drawings of a typical sixteenth-century printer’s shop in Antwerp, where he published most of his books. Those whose names are shown round the border were the first to translate the Bible (or parts of it) into other languages, as follows:

At the top left are the opening words of the Book of Genesis in Hebrew: בְּרֵאשִׁית [בָּרָא] אֱלֹהִים