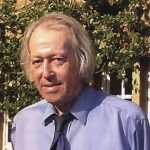 Dr Roy Stuart was Law Tutor at Hertford from 1969 until his retirement in 2003. When Roy joined the college there were only 7 Law students; by the time he retired three decades later there were 45 Law students engaged in undergraduate and postgraduate study. Over his time at Hertford, he taught over 400 students, who have gone onto careers not only as lawyers but also in education, the charity sector, the civil service and politics, the arts, finance, as well as entrepreneurs, film-makers and sports professionals.

When Roy died aged 68 in 2005 a memorial fund was set up in his name which has been used to support graduate scholarships in Law. We would now like to renew the fund in his memory to create the Roy Stuart Fellowship in Law. 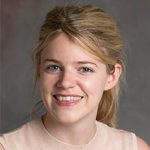 Dr Kate Greasley joined Hertford in October 2018 as the college’s inaugural Roy Stuart Fellow in Law. Kate read Law at New College Oxford, graduating with a first-class degree, before studying for the BCL and later DPhil. Her thesis focussed on the notion of personhood in relation to abortion laws, a topic on which she continues to specialise. During her time as a research student she held a stipendiary lectureship at Hertford College, and later took up a Junior Research Fellowship at University College.

Support the Roy Stuart Fellowship by making a donation

Give online to the Roy Stuart Fellowship fund

Set up a bank transfer, or give in other ways