At the end of June, we were delighted to award prizes to the young people shortlisted in our Unsung Heroes of Science video competition.

Now in its fourth year – and with a bank of almost 100 videos available on YouTube – the competition challenges teenagers around the world to tell the story of an unsung hero of science. Shortlisted entrants were invited to a celebration day in Oxford, where they participated in a scientific scavenger hunt around the city and enjoyed a display of scientific publications from our rare books collection.

The prizes were awarded by competition judge Professor Alison Woollard, Hertford College fellow and the University’s Academic Champion for Public Engagement with Research. Alison was joined at the celebration day by Katherine Mathieson, Chief Executive of the Royal Institution (Ri). We’re very grateful to the Ri for once again providing prizes for our winners: a behind-the-scenes tour of their famous Christmas Lectures for first place, and annual memberships for the runners up. 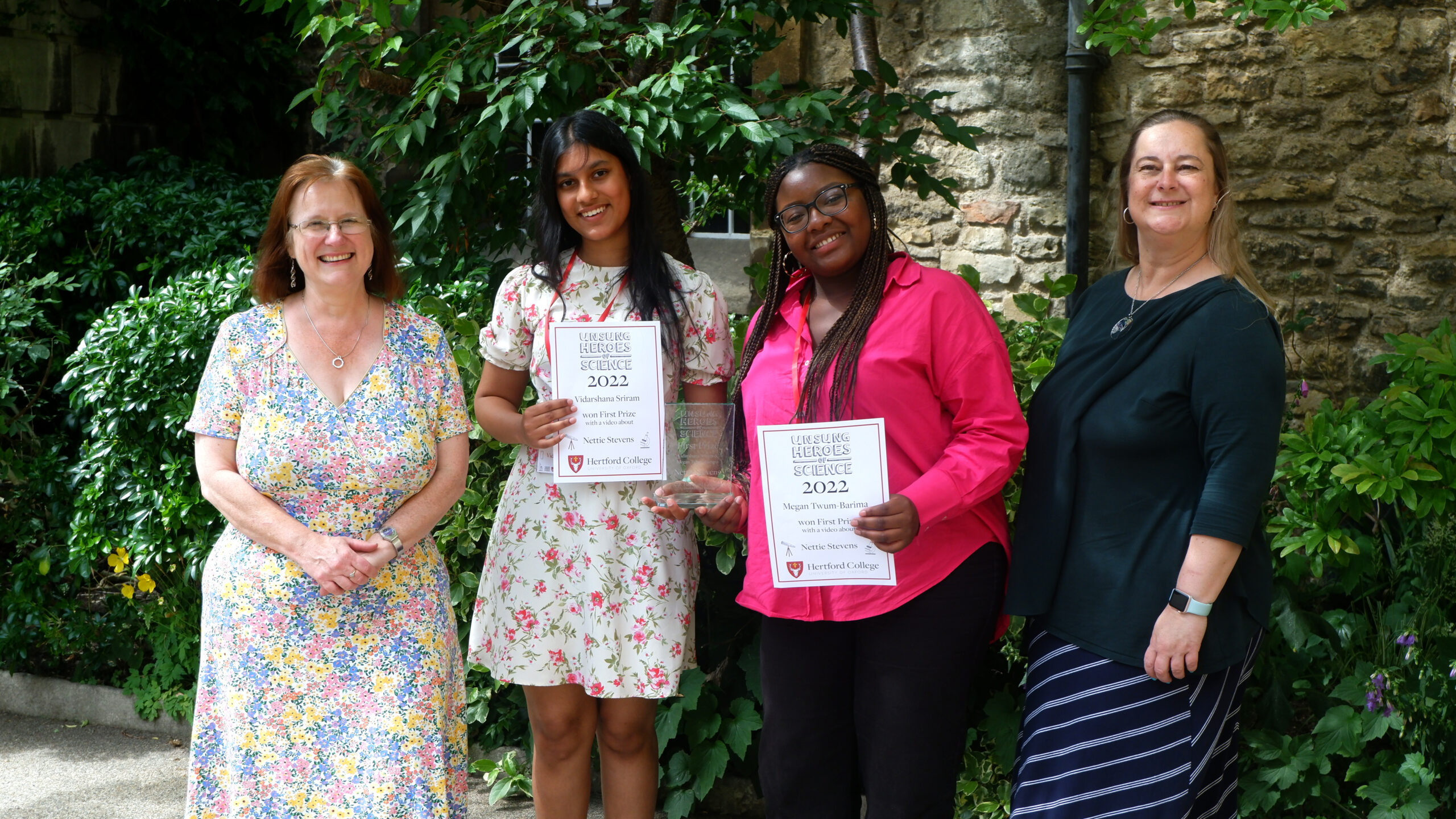 This year’s first prize was awarded to Vidarshana Sriram and Megan Twum-Barima for their engaging and creative video about Nettie Stevens, the geneticist who discovered what we know today as X and Y chromosomes. Mikan McDonald took second prize for her video about Dorothy Crowfoot Hodgkin, whose work on X-ray crystallography was essential for discovering the structures of penicillin, vitamin B12 and insulin. Third prize went to Xavier Doni for his video about Alan Turing, often considered the founding father of AI and theoretical computer science. The winner of the international competition was Charlotte Quintanar of California for her video about NASA mathematician Katherine Johnson. 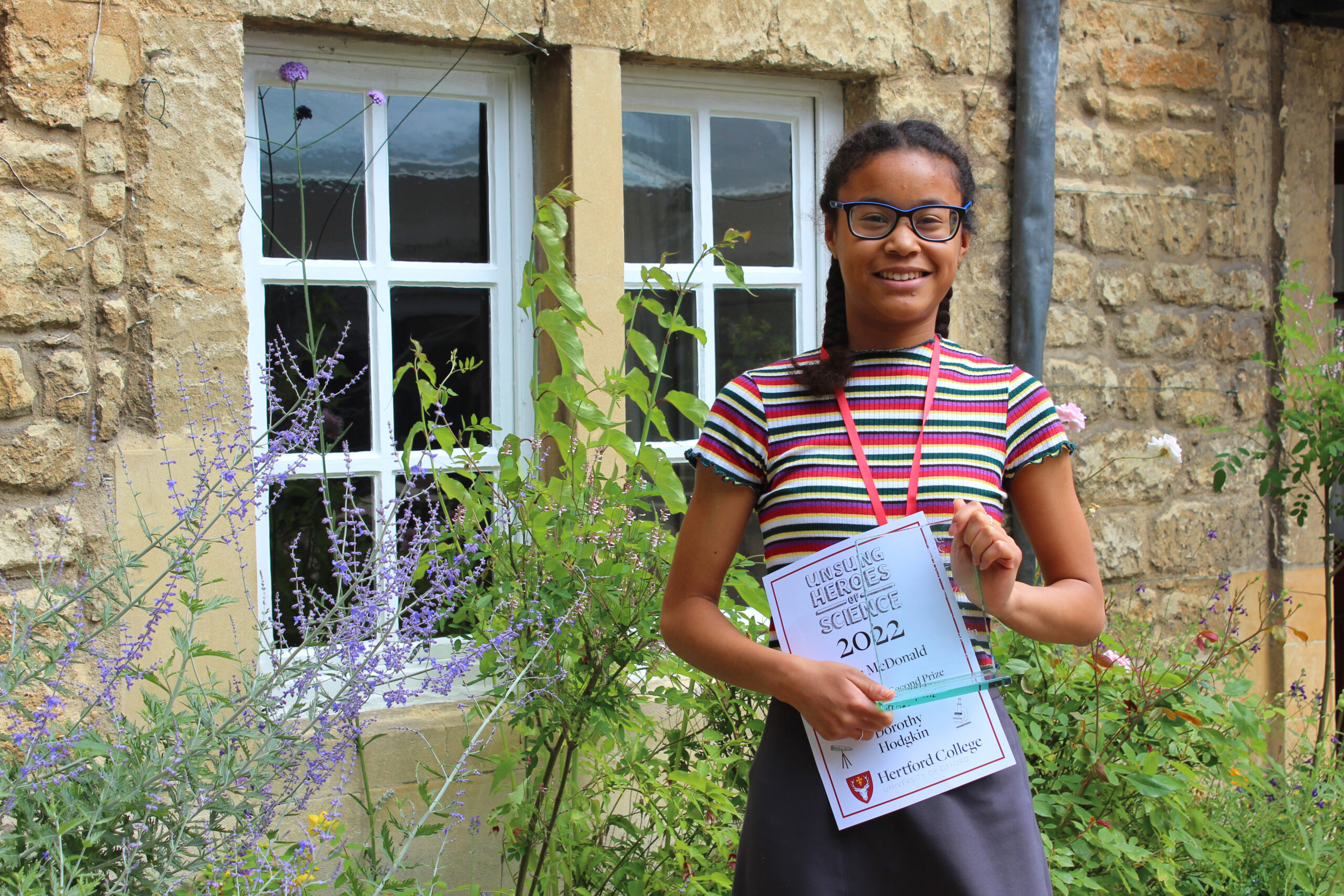 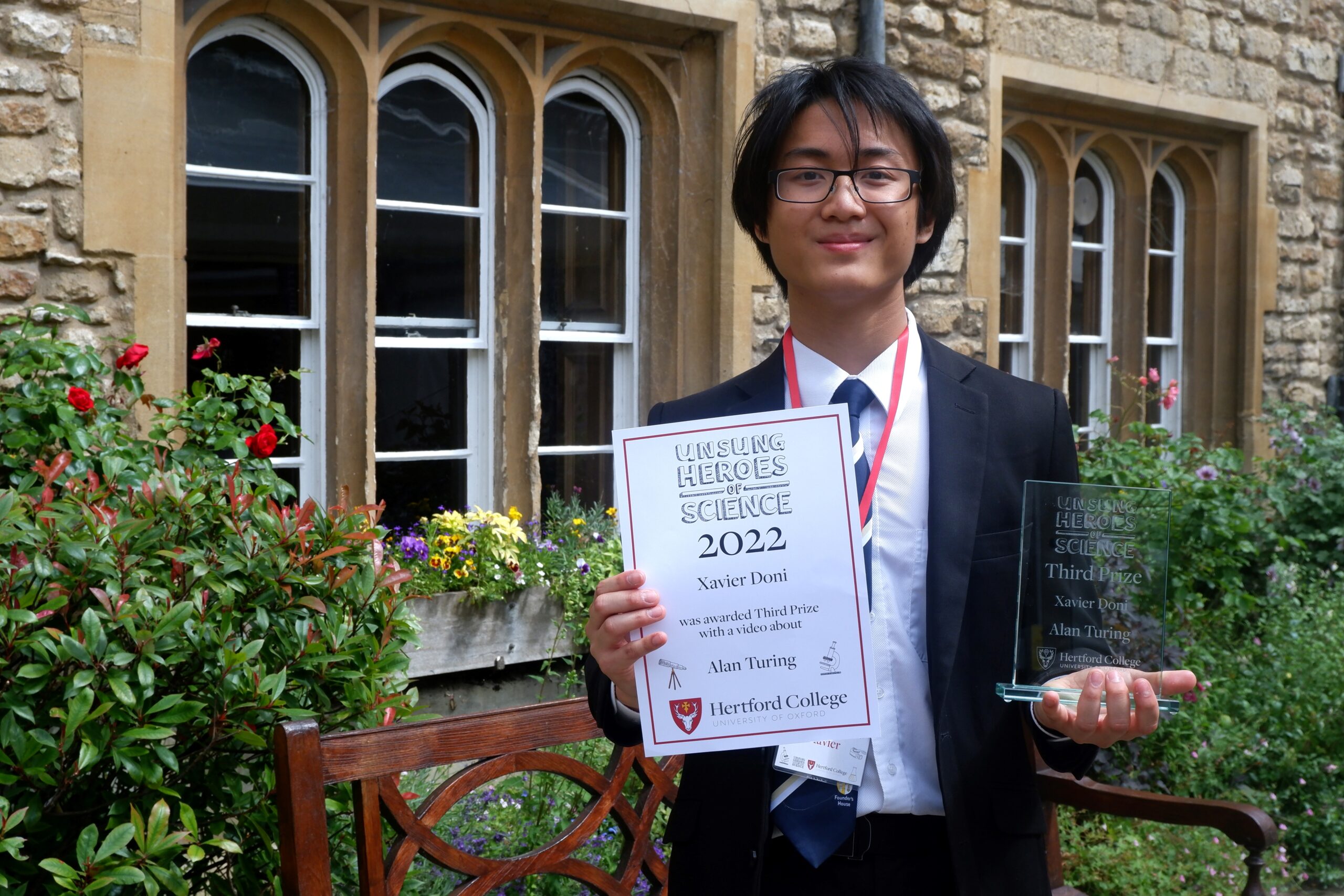 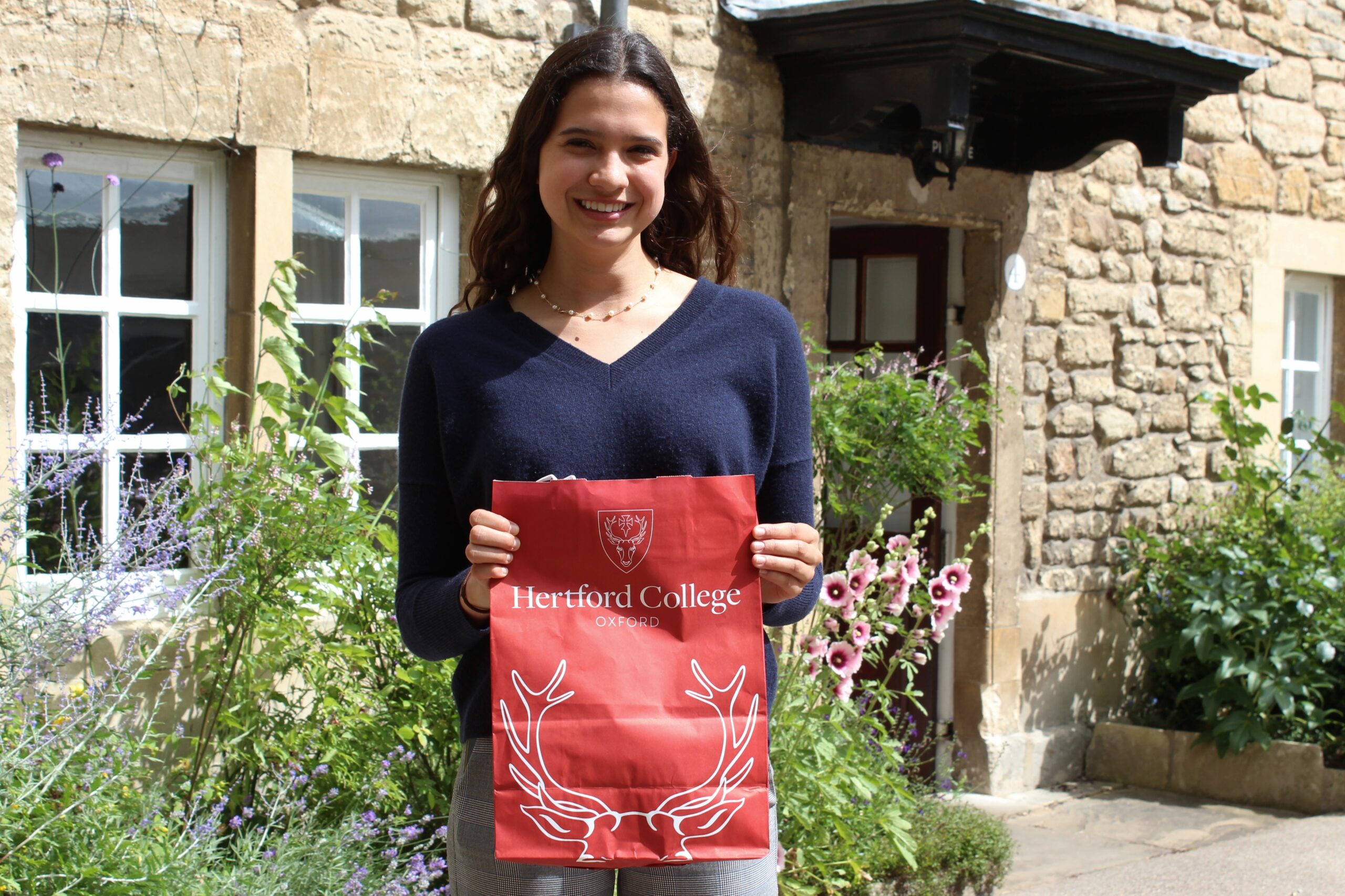 We were also delighted to be able to welcome back the first-prize winners from 2020 and 2021 to collect their prizes in person: Drishya Rai for her video on Florey & Chain, and Ellie Hou and Grace Mazzone for their video on Lise Meitner. Follow the links below to watch all the videos and discover your new favourite unsung hero of science.

WATCH THE 2022 SHORTLISTWATCH ALL THE UNSUNG HEROES OF SCIENCE VIDEOS