Isolation in the face of disease past and present: Eyam (Derbyshire), Shanghai and Sardinia

Eyam lies 12 miles from my home in Sheffield.  I have often taken students of demography there because of its significance.  Eyam is famous for the actions of its residents during an outbreak of plague in 1665-6.  The story has reverberations today.  In the past a colleague from Shanghai has been there with me, and a friend now living in Sardinia knows the village from visits as a child. We together agreed to draw some parallels over ‘lockdowns’ in Eyam in the seventeenth century and in China and Italy today under COVID-19. 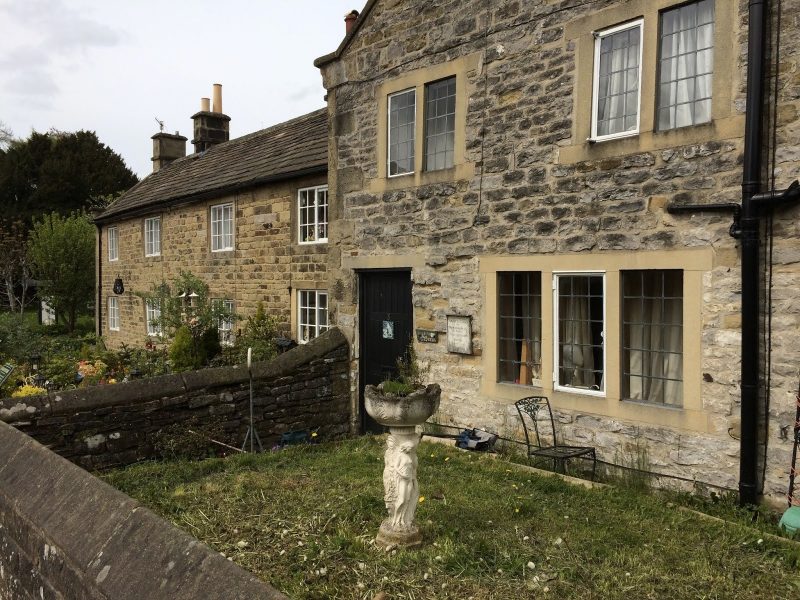 The accepted Eyam story is that in September 1665 bubonic plague arrived in the village and between then and November 1666 around 260 villagers died out of a population of 700.  For some months the village was ‘self-isolating’ (in today’s terminology), cutting itself off from surrounding settlements.  Villagers were persuaded to do this by the local clergy, but with the Earl of Devonshire guaranteeing food supplies via ‘drop-off’ points at agreed marked locations in the surrounding fields.

Isolation has also been an important control policy against COVID-19 in both Shanghai and Sardinia.  The Italian and Chinese governments decreed isolation at early stages of the outbreak – although ‘stay at home’ policies were not introduced suddenly enough.  News of the intended ‘lockdown’ of Wuhan, the place of origin of the infection, was leaked 25 hours early, and thousands of residents deserted the city – diffusing the disease with them.  In Italy residents of northern cities such as Milan similarly fled south and to the islands of Sicily and Sardinia before restrictions were introduced.  But in both Shanghai and Sardinia lockdowns were nevertheless introduced well before the peak of infection elsewhere in their respective countries.

Epidemiologists now argue that a particular tragedy in Eyam related to the date of its lockdown – June 1666.  By then there had then been 62 deaths in the nine months since the plague had arrived.  Plague had initially involved flea-to-human transmission.  By June 1666 the bacteria had mutated to allow human-to-human transmission: within the crowded houses of the lead-mining village a further 190 deaths occurred over the next 6 months of isolation until the disease finally died out naturally.  Eyam residents had decided on community isolation but not household isolation, and sickness travelled from household to household.  In Shanghai and Sardinia household isolation has been required, drastically reducing the spread of infection.

Isolation at either community or household levels necessitates some mechanism for the supply of provisions.  The depositing of necessities at boundary markers around Eyam has already been mentioned.  But there are parallels with recent delivery systems in both Shanghai and Sardinia.  Many older people in Sardinia have their shopping undertaken by younger relatives or friends, or through home deliveries by shops.  Goods are dropped off at a safe distance and can then be picked up without any human contact.   Supply to Shanghai households has depended on the Chinese state’s use of big data: residents were recommended to make all food orders online, enabling officials to determine the nature of demand, with the government then intervening in the market to ensure supplies.  And the Shanghai authorities retrained all out-of-work restaurant and catering staff to deliver orders to the entry gates of the residential communities in which the majority of Shanghai residents live.  Residents then collected their provisions from these gates – maintaining social distance from other residents as they did so. The operation of a cordon sanitaire around Eyam in the 1660s and around households and residential units in Shanghai and Sardinia today share certain similarities.  But in 1666 the residents of Eyam paid for their provisions with coins left in vinegar in holes drilled in the marker stones – believing that vinegar would kill the infection.  Payment today in Sardinia has been by cash or card, whilst in the largely cash-less economy of Shanghai phone apps such as AliPay have been the norm.

The accepted story of Eyam is that villagers self-policed their own community isolation in a spirit of noble self-sacrifice to preserve the lives of residents in the surrounding villages.  But we also know of external regulation: an Eyam woman visiting a nearby market was forced out of town with mud thrown at her, and the Sheffield constabulary evicted anyone suspected of being from Eyam.  In Sardinia local police forces have the power to stop cars and pedestrians to demand sight of a form (downloaded from the internet and filled in by residents) indicating the purpose of any journey.  In Shanghai security guards at the gates of residential communities have played a similar role.

We do not know whether any form of child education continued in Eyam.  In today’s Sardinia and Shanghai, with modern forms of telecommunications, learning for schoolchildren has been via lessons delivered over the internet or through television.  In the early period of lockdown in both China and Italy almost all mass media turned into full-time COVID-19 news bulletins, but the authorities in both countries quickly realised the mental health risks involved and introduced more varied programming.

There are only four ways a disease outbreak such as the plague or COVID-19 can die out – through total containment until the last infected person dies or recovers; through the development of community immunity once enough people have developed antibodies; through vaccination; or through mutation in the disease vector.  Eyam fortunately experienced the last of these.  Vaccination against COVID-19 is still some way off.  Containment of those affected is now effectively impossible at a global scale. Local containment could now only be achieved by rigorous community isolation.  Eyam adopted this in 1666, but the disease was already present in the community. The conundrum facing the authorities now in both Shanghai and Sardinia is how to ‘open up’ once more to the rest of the world.

Reducing isolation is risky, but in our globalised and mobile contemporary world complete containment cannot continue indefinitely.  As a global city, Shanghai is at particular risk of re-infection from abroad.  Almost all international flights into Pudong Airport are suspended and arriving foreigners are potentially subject to quarantine.  The governor of Sardinia has noted the possibility of maintaining the island as a COVID-free zone, but this would require the testing of all arriving tourists – the lifeblood of the island’s economy.  In Shanghai, where the lockdown started before Sardinia, people are desperate to return to normal, but the authorities are more wary: cinemas briefly reopened with customers spaced four seats apart, but there was a quick change of heart and they were closed again.

Shanghai residents now carry, in addition to their identity cards, a smartphone app that provides a health ‘passport’ – coloured blue if the holder has been somewhere regarded as a COVID risk and green if not.  Italy is following suit, developing an ‘Immuni’ app which uses Bluetooth signals to trace movements and contacts.  Clearly there is a trade-off between issues of personal privacy and wider community health concerns in such uses of electronic data.

The story of Eyam’s plague isolation ended fortuitously in November 1666.  The stories of COVID-19 isolation in Sardinia and Shanghai are still ongoing, and will be so for some time to come.

(This is an updated and shortened version of a blog first posted on the site https://paulwhiteplaces.blogspot.com on 25 March 2020)