Simpkin IV joined Hertford in January 2017: he has overall management responsibility of the mousekeeping division, as well as light-touch oversight of much of what goes on at Hertford.

Simpkin’s office is located in the Lodge in OB Quad, and his hours are on an ad hoc basis.The search for a replacement for Simpkin III (may he rest in peace) was extensive and time consuming, but well worth the effort. Not only is the latest in the dynasty gregarious, friendly and active, but he is unfazed by the large number of people he meets during his day. Several cats we saw were aesthetically pleasing but nervous & frightened, but this little fellow displayed no such tendencies. He has had a disadvantaged past life, and so we felt that it was entirely within the spirit of the College that we adopt and give a home to him, to let him become all the cat he could be.

Buddy, as he was formerly known, was found as a stray in the Torbay area of Devon, where he was given to the Peoples Dispensary for Sick Animals for re-homing. He was found a home, but unfortunately suffered bullying by the owner’s other cats, to the extent that he began to lose his hair and suffered from dermatitis. He was returned to the PDSA for treatment and re-homing. His hair subsequently grew back, and he responded well to treatment, but during this difficult stage he was understandably last in line for a new home. Being almost fully recovered, he suffered another blow when the PDSA building was destroyed by a falling tree just before Christmas 2017. An alert went out to other cat homes, and Buddy was picked up on Christmas Eve by the Blue Cross at Burford, which is how he came to us.

Buddy, or Simpkin IV as he is now known, was somewhere between 4 and 5 years old when he joined the college. Despite giving him plenty of food, he always seems to be slightly underweight, and is a bit of a nervous self-groomer, but he appreciates love and regular feeding. 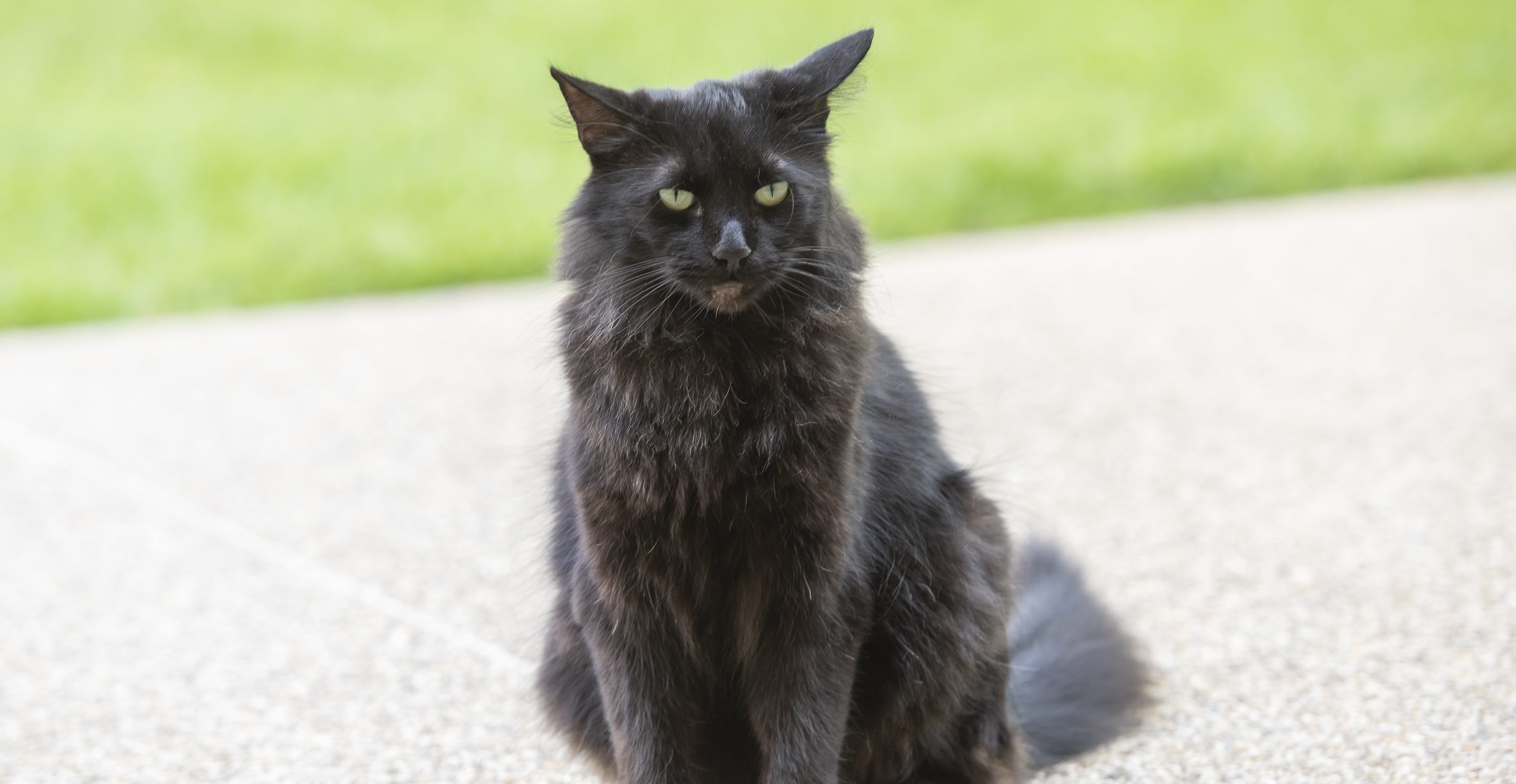 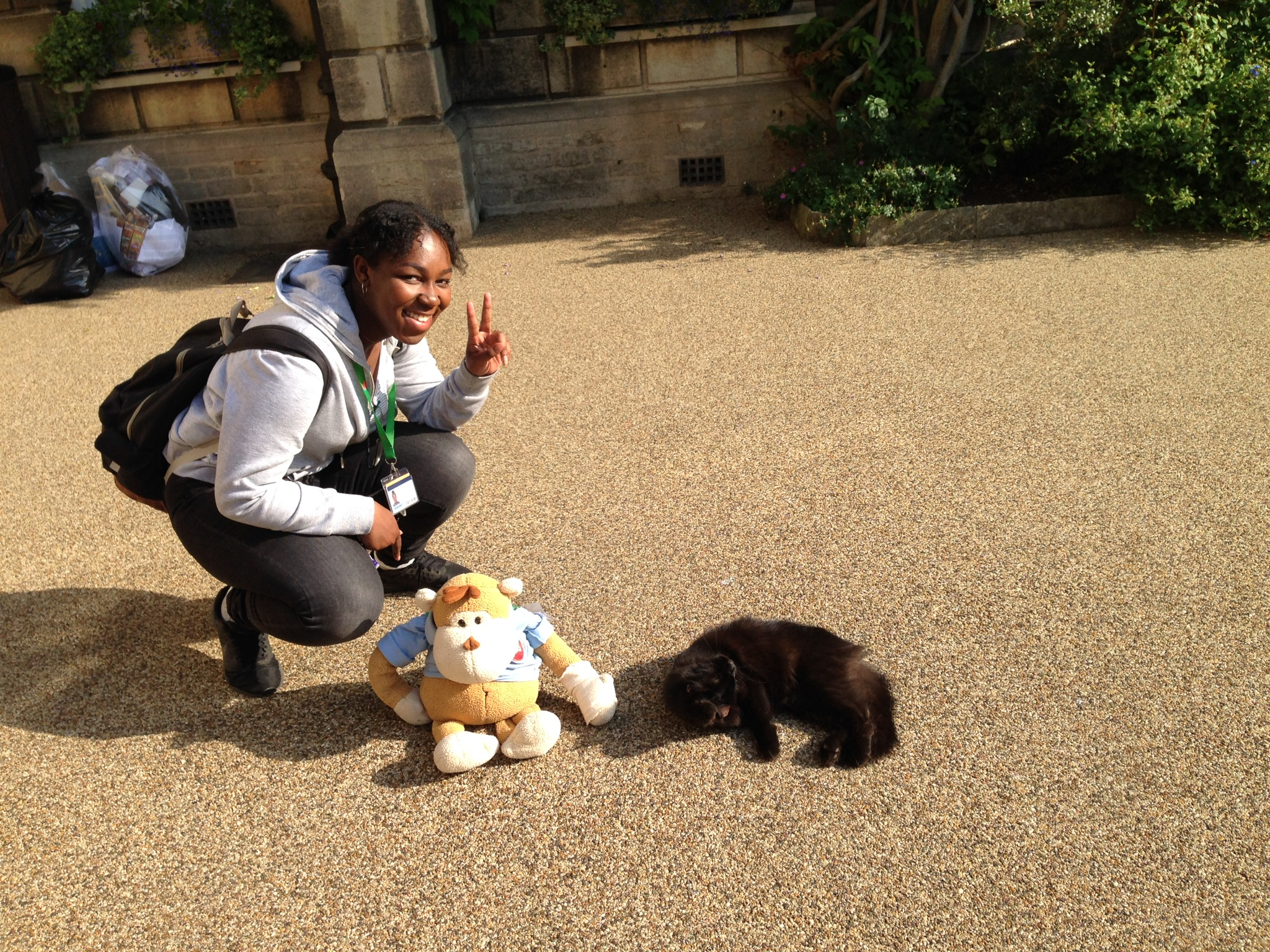